Poem of the Day: "Kelly Sleeping" by David Bottoms

"Kelly Sleeping" by David Bottoms is the Songs of Eretz Poem of the Day for April 7, 2014 and also the offering from Poets.org's Poem-A-Day for the same date.  A link to the poem, including the poet's notes, may be found here:  http://www.poets.org/viewmedia.php/prmMID/23940.

David Bottoms (b. 1949) (pictured) is a Professor of English Letters at Georgia State University and the Poet Laureate of Georgia.  Among his many other honors are a Guggenheim Fellowship and a National Endowment for the Arts Fellowship.  Reference to this and additional biographical information may be found here:  http://www.poets.org/poet.php/prmPID/32. 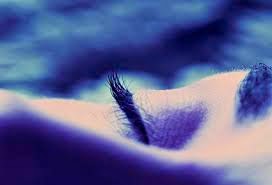 The first half of "Kelly Sleeping" is a touching (but slightly creepy) poem about the poet observing his wife of twenty-five years while she sleeps.  I wish Mr. Bottoms had not gone on to introduce the conceit of the second half, which compares the glow on the face of his wife while asleep with the glow on her face immediately after giving birth to their daughter.  He describes the birth in pretty graphic terms, resulting in a jarring clash of images that only just solidifies at the close of the poem.