Poem of the Day: "Shakespeare’s Horse" by Joseph Harrison 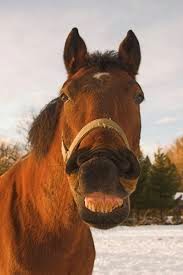 "Shakespeare’s Horse" by Joseph Harrison is the Songs of Eretz Poem of the Day and also the offering from Poets.org's Poem-A-Day for April 10, 2014.  A link to the poem, including the poet's notes, may be found here:  http://www.poets.org/viewmedia.php/prmMID/23943.

Joseph Harrison (pictured) was awarded a John Simon Guggenheim Memorial Foundation Fellowship and an American Academy of Arts and Letters Award in Literature.  He has two books of poetry to his name that were published by Waywiser Press, a publishing house where he serves as the Senior American Editor.  Reference to this and additional biographical information may be found here:  http://www.gf.org/fellows/16464-joseph-harrison.

What fun it is to read "Shakespeare's Horse"!  Every line, except perhaps the first one, contains at least one pun or play on words.  Even the poem itself, taken in its entirety, is a kind of play on words, since it is a Shakespearean sonnet.  Of equal interest are the poet's notes.  Apparently, there is a legend that Shakespeare began his career in the world of theater as a stableman whose job it was to look after the horses of theater visitors.

Posted by Steven Wittenberg Gordon, MD at 8:45 AM