Poem of the Day: "A Poison Tree" by William Blake

"A Poison Tree" by William Blake is the Songs of Eretz Poem of the Day for April 23, 2014.  It is in the public domain and reprinted here. 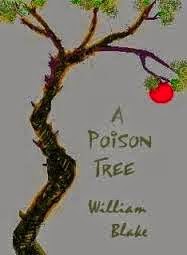 A Poison Tree
by William Blake

And I watered it in fears
Night and morning with my tears,
And I sunned it with smiles
And with soft deceitful wiles.

And it grew both day and night,
Till it bore an apple bright,
And my foe beheld it shine,
And he knew that it was mine,--

And into my garden stole
When the night had veiled the pole;
In the morning, glad, I see
My foe outstretched beneath the tree. 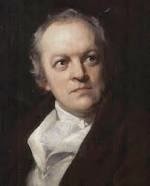 William Blake (1757 - 1827) (pictured) was a poet, painter, engraver, classical scholar, and outspoken libertarian political radical.  He favored creativity over reason and poetry inspired by inner feelings rather than observation of nature.  He was considered a genius by some, insane by others.  Reference to this and additional biographical information may be found here:  http://www.poets.org/poet.php/prmPID/116.

"A Poison Tree"is a traditional ballad about revenge over one's enemy.  The conceit of the poison fruit is an old one (Snow White, Genesis, Persephone) but given a nice twist here.  The nicest thing about this poem is that there is no saccharine "moral lesson" about the effects of revenge on the seeker thereof.  On the contrary, the speaker reveals in the first stanza that he is capable of overcoming his anger in the case of a dispute with a friend but deliberately chooses not to exercise this ability concerning his enemy.  Bwa ha ha!