Poem of the Day: "Oneirology" by Jason Gordon

"Oneirology" by Jason Gordon (no relation to the editor) is the Songs of Eretz Poem of the Day for April 18, 2014.  The poem appeared in the Winter 2014 (yes, 2014) issue of Amethyst Arsenic.  A link to the poem, including a brief bio of the poet, may be found here:  http://www.amethystarsenic.com/issues/4-1/jason-gordon.php. 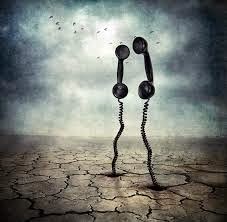 "Oneirology," presumably pronounced "won-er-ology" and possibly meaning "the science of oneness," is organized in eight, numbered, free-verse parts.  Overall, there is a surrealistic, dream-like quality to the poem.  However, each part is presented in a different style and each would work as a stand-alone poem.

Part 1 is organized as two stanzas of five lines each followed by a final, one-line stanza.  The free verse employed has a regular rhythm--there are three feet in each line.  The first two stanzas invite the reader into the dreamworld of the poet--to sail on the wind through the open window into the poet's dream room, to be more precise.

Part 2 is organized as seventeen lines of irregular free verse, each line having between two and four feet.  It begins by commenting on the dull realities of day-to-day life, then contrasts this with the world of dreams.  The final two lines introduce angels, a motif which will feature prominently in other parts of the poem.  The imagery contained within the metaphor for the birth of these angels is breathtaking.

Part 3 is organized as seven lines of irregular free verse and continues the angel and angel-birth motifs.  The reference to "butter" in the penultimate line recalls the reference to microwave popcorn in the final line of Part 2.

Part 4 is organized as ten lines of irregular free verse and contains many interesting metaphors--some almost cliché, such as the beach as "a giant ashtray" and "Dorothy's Kansas," others refreshingly original--such as the sound of the ocean as that which is heard in the womb minus the mother's heartbeat, and the mind-blowing notion of a weatherman unscrambling eggs.

Part 5 is organized as eight couplets of irregular free verse.  Each couplet expresses a delicious irony and, despite the use of enjambment, could stand alone in the manner of a landay or haiku.

Part 6 departs from the verse form of the previous stanzas.  It is presented as a prose-poem, reminiscent of the prose part of a haibun.  A phone line metaphor is introduced, perhaps as a means to connect the dreamworld with the world of reality.  Ironically, by the end of Part 6, the speaker seems more lost and confused than ever.

Part 7 departs further from the presentations of those previous.  It is presented as twelve single-line stanzas.  A sperm/whale conceit introduces a Lewis Carroll-like treatment of the gigantic and the microscopic into the dream logic.

Part 8 is organized as a quatrain followed by a couplet followed by a final single-line stanza.  The rhythm is fairly regular, with two or three feet per line, recalling the regularity of Part 1.  However, here, instead of being invited into a dream, the reader is invited to share the speaker's insomniac waking nightmare.  The final image is that of the mentally fried speaker looking on with detached horror as ghosts piss his name in the snow.

Posted by Steven Wittenberg Gordon, MD at 9:50 AM