Poem of the Day: "A Noiseless Patient Spider" by Walt Whitman

"A Noiseless Patient Spider" by Walt Whitman is the Songs of Eretz Poem of the Day for April 6, 2014 and also the offering from Poets.org's Poem-A-Day for the same date.  The poem is in the public domain and is reprinted here. 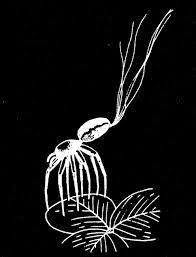 A noiseless patient spider,
I mark'd where on a little promontory it stood isolated,
Mark'd how to explore the vacant vast surrounding,
It launch'd forth filament, filament, filament, out of itself,
Ever unreeling them, ever tirelessly speeding them.

And you O my soul where you stand,
Surrounded, detached, in measureless oceans of space,
Ceaselessly musing, venturing, throwing, seeking the spheres to connect them,
Till the bridge you will need be form'd, till the ductile anchor hold,
Till the gossamer thread you fling catch somewhere, O my soul.

Walt Whitman (1819 - 1892) (pictured) is widely considered to be one of America's most important poets.  Songs of Eretz has posted reviews of and made reference to his extraordinary body of work on many occasions--these posts may be found by entering "Walt Whitman" in the blog search box.  A brief biography of his interesting life and career may be found here:  http://www.poets.org/poet.php/prmPID/126utm_source=PAD%3A+To+You+by+Walt+Whitman&utm_campaign=poemaday_122513&utm_medium=email.

"A Noiseless Patient Spider" stands out from Whitman's vast body of work due to its short length.  His conceit of comparing the soul to a spider is not entirely successful, as spiders, at best, evoke mixed emotions--among them horror--and mixed images--among them poison and death.  The conceit of the spider's web is perhaps more successful as a metaphor for the web of connections that the soul must make in order to be complete and whole.
Posted by Steven Wittenberg Gordon, MD at 12:30 PM