Review of "A Book of Music" by Jack Spicer

Jack Spicer (1925 - 1965) (pictured) was a co-founder of the Berkley Renaissance Movement and inspired the Beat Movement.  He referred to his poetic style as "poetry as dictation," by which he meant that a poet is no more than a "radio" able to receive transmissions of poetry from an "invisible world," as opposed to composing poetry through his own will and intellect--a rather humbling thought!  Also, a bit schizophrenic!  He suffered from chronic alcoholism and depression which resulted in the loss of job after job and friend after friend.  He died just as his life appeared to be turning around with the success of his famous "Vancouver Lectures."  Additional biographical information may be found here: 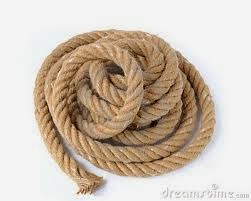 The title of the poem refers to music, an art form that has rhythm and often passion--just like poetry and sex.  The first line is an obvious double entendre.  The second line compares the sexual act to swimming.

In the middle of the poem, Spicer introduces rope as a metaphor for the sexual act and perhaps the male sex organ.  The poem's ending is as twisted as the rope that Spicer uses metaphorically.
Posted by Steven Wittenberg Gordon, MD at 5:10 PM