"Fundamentally" by Gene Hodge, Frequent Contributor & Poet of the Week

I am the son 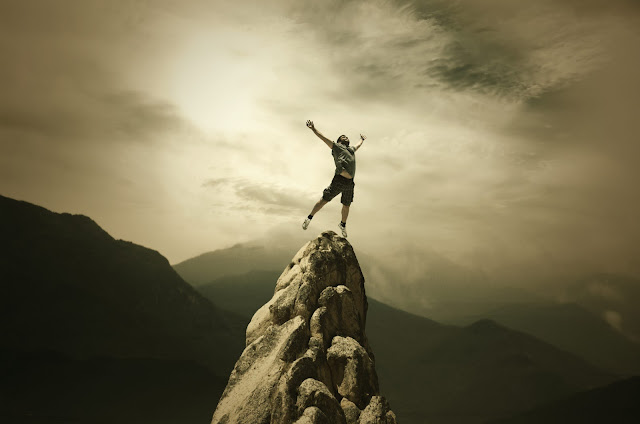 of a World War II veteran
and sawmill worker;
but fundamentally
I am the seed of greatness.

I grew up in poverty,
feeling inferior,
but fundamentally . . .
the earth’s darkness
couldn’t
contain
my reaching for light.
My spirit surfaced,
and
who I thought I was,
who people said I was,
I shed like a skin.
Now . . . the fundamentalist—
the unique,
a creature of great light—
stands before the world
totally consumed . . .

Poet’s Notes:  It was in elementary school that I was exposed to whom everyone thought I was.  In my innocent mind, I wove an early life around what they expected of me.  Born and raised in the country and attending a small country school till I was six, I recall only joy and the freedom of playing cowboys and Indians in a large field outside the two-room school.

In contrast, the following year we moved to the city, and I attended a large city school.  I was the only one in class wearing patched jeans, and at lunch, while other students were eating plate lunches, I was unwrapping last week’s newspaper—tied together with thread—to have my peanut butter and applesauce sandwich.  I recall my first-grade teacher screaming at me because I didn’t understand that “chair” was not pronounced, “cheer.”

But somewhere, past the darkness, where no one has been to return to tell the story, something was always there and growing.  My young mind couldn’t understand that it was seeking me as much as I was searching for it.  Like the light of a supernova, light-years away, it reached its destination one hot July afternoon.

Editor’s Note:  This poem is quite like one of Walt Whitman's, albeit with shorter lines.  What a YAWP!
Posted by Steven Wittenberg Gordon, MD at 8:34 AM