A Veterans Day Poem by the Editor

Some say a knight once raised his right 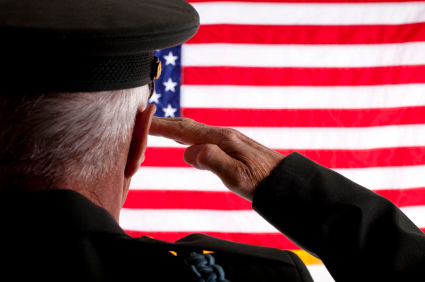 hand to shield his eyes from the dazzling
beauty of the damsel who inspired him
or to she whom he was about to rescue.

Another legend has it that when one knight
encountered another on the field of battle
each would raise his visor to expose his face
and demonstrate if he be friend or foe.

British soldiers used to remove their headgear
when an officer approached as a sign of respect.
As headgear became increasingly cumbersome
raising the hand to the visor became the custom.

The oldest legend has it that men would raise
their weapon hands as they approached each other
to demonstrate that they were empty.  The weaker
of the pair was expected to raise his hand first.

But the colonel in charge of the Air Force School
of Aerospace Medicine provided the definition
that was and remains the most meaningful to me.
When I raised my hand in salute, it meant this:

“I have kept the faith, my brother.  Have you?”
And when my salute was returned, I knew he had.

Posted by Steven Wittenberg Gordon, MD at 5:45 AM