Poem of the Day: “Postage Paid” by James Frederick William Rowe, Frequent Contributor and Poet of the Week

Songs of Eretz Poetry Review is pleased to present “Postage Paid” by James Frederick William Rowe, Frequent Contributor and this week’s Poet of the Week.  A biography of the poet may be found in our “About Our Editor & Frequent Contributors” section. 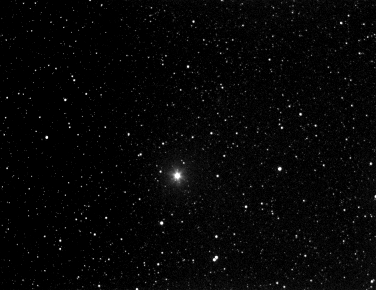 The hologram jumped rainbows
Like the Jack from the rhyme
Nimbly
Quickly
But his name was Roy G. Biv
Not Jack
And he was equally in those prismatic threads
Like a strange spider's web
That emerged
That danced
From out the base
Themselves a rainbow
Of shifting sparkles, of strands of light

Poet’s Notes:  “Postage Paid” is a poem that I had initially written about four years ago, but which I have now added to and altered in order to fit a slightly expanded aesthetic vision.  This poem is divided into two stanzas of thirteen verses a piece. The first stanza is fixated on the image of a holographic stamp, the second on the story behind it, namely that of a young boy who joined an estranged (from the perspective of his sister) parent to colonize the stars and has retained his youth owing to the relativistic effects of his voyage. The child's letter, sent back to his sister years later, reaches her only when she is old—having become the "older sister" for she did not participate in the voyage to the stars.

The fixation on the stamp serves two purposes. First, it is to focus on the idea of a letter, as letters have always been the means that we have communicated to each other over long distances and with great delay in the receipt. Secondly, the childishness of the holographic image of a rainbow-jumping figure is further used to cement the theme of his boyhood versus her age.

My inspiration is rooted in something I have often pondered if my pessimistic fears are right for our prospects for future space exploration. If we do not achieve a means to break the speed of light, any future colonization of the stars shall render humanity broken in a way entirely unique in our history. We will lose all connection to one another as we pass far beyond the practical means to retain a unified identity as mankind due to the sheer distance, and time involved, in even communicating with one another. This poem takes this idea and brings it down to the level of a family torn through the process of celestial colonization. I believe the idea of a sister grown older than her elder brother to be monstrous and cruel, and one that underscores the yawning gulf of time and space (space-time?) between them.

A further theme I incorporated is that she has spent her entire life without her elder brother, and only now, as distant from him as she ever was ("beholding strange stars she cannot see"), does she hear from him at all. In a sense, this is not entirely unlike when one happens upon a note or letter written by a dead loved one, save that for her it as if her past was still alive and capable of speaking to her, given that it is coming from her still young brother, despite the fact that she has aged so many years. The strangeness of this sort of communication returns to that same theme of the true warping of our relations that would follow from such future expansion into space.

Though it may be necessary for our future survival, if we should have to engage in such colonization, the depth of human misery could be unfathomable. It truly will involve a profound cost far above the trillions of dollars necessary to fund such a program.
Posted by Steven Wittenberg Gordon, MD at 9:46 AM