Announcing the Winner of the 2016 Songs of Eretz Poetry Award Contest: "Calligraphies" by Anne Whitehouse

A Message from Contest Judge Former Oklahoma Poet Laureate Carol Hamilton:  It has been my delight to read and judge the poems from the ten finalists for the 2016 Songs of Eretz Poetry Award Contest. Almost every poem in each poet’s package could have been the big winner. These works came in many styles, and the topics were diverse, but each poet carried this reader to the delight that can be found in language itself. This attention to music, diction and imagery is what raises an exceptional poem above an interesting bit of skillful writing.

However, Anne Whitehouse’s “Calligraphies” was a hands-down favorite from the moment I read it. It is a persona poem, but I quickly became so lost in the lovely detail and delicate language of the story that I forgot it was not a true first person account. I was swept up in the richness and exquisite choice of detail and the beautiful blending of sound and content. Beyond that, there were lines to be remembered and an overall theme that holds many layers of meaning.

The narrative itself is moving, a story of creation and destruction, of the artist and how his work and his life are impacted by the cycles of history’s “Wheel of Fortune.” Through the protagonist’s musings on his father’s life and his own, Whitehouse skillfully broadens the scope of these lives, setting them within the flow of history and even against the expanse of the known and unknown universe. In a seemingly effortless manner, Whitehouse carries the reader along with details of another time and another culture even as her poem encompasses the way history can shape lives and challenge the human psyche.

I could find no wasted words in “Calligraphies”. In my own poetry and in those works of others, I can usually find some changes that might improve the piece, but I would not suggest a single revision for this poem. It has been crafted with the simplicity and delicacy of Oriental art. Using that art’s profundity of understatement, it comes to the reader with great power.

In the old days in China
my father collected calligraphy,
ancient scrolls, and rare books.
We lived in Quanzhou,
across the strait from Taiwan.
We could hear artillery batteries
firing into the mist at the island
that still resisted the mainland.

My father’s calligraphy
was delicate and adept.
I used to stand at his shoulder,
careful to leave space
for his arm to move freely,
as I watched him wet the ink
to the right consistency,
select his brush, and dip it
gently and carefully, soaking
the soft hairs of the badger,
and stroke its sides
against the jar, forming a point
like no other, soft, flexible, yielding.

With an intake of breath,
he raised his hand that held the brush,
hovering above the paper,
and slowly exhaled
until he was an empty receptacle,
and then, and only then,

he touched the tip of the brush
to the fine rice paper—
the strokes flowed, deft and sensitive,
forming the ancient shapes of the words.

Then came the Cultural Revolution.
My father worried that his books,
his scrolls, and his calligraphy
were a time bomb ticking.
He buried his collection in a hole
in the earth of the cellar,
but he was still afraid, and little by little,
he began to burn it, at night, in secret,
in the hidden depths of the house.

Afterwards he was not the same.
He lost himself in a strange self-exile
and left us all, his family, behind,
finding perilous refuge
far away in the mountains
in a ruined Buddhist convent,
where an old crone of ninety,
the last remaining resident,
gave him sanctuary.

There he would take sticks
and write calligraphy once more
in puddles on the ground
that would disappear
as soon as it was written,
leaving invisible skeins of sorrow
in the changing reflections
of cloud and sky on water.

I am his son, and my calligraphy
is fireworks, my art gunpowder,
as evanescent as writing on water.
Pinyin—the Chinese word
means fire medicine, invented
by alchemists investigating immortality.

My explosions are brief dreams,
where space and time combine
in a momentary universe
of birds, fish, and animals,
little-known symbols,
the stream of the Milky Way,
energy transformed into chaos.

In my youth a shaman protected me
from the ghosts of dissatisfaction
that were haunting me,
freeing me to communicate
the invisible within the visible.
Some mysteries are meant to be discovered,
some are meant to remain heaven’s secrets.
I imagine an alternate history
where the discovery of nuclear power
was not used for making weapons.
I dream of creating a ladder of fire
far in the air above the earth,
seen from worlds beyond our own. 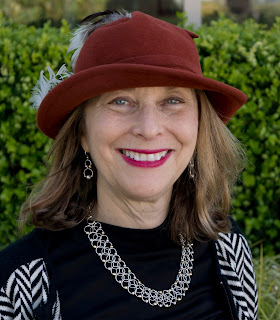 About the Poet:  Anne Whitehouse is the author of five poetry collections—The Surveyor’s Hand, Blessings and  Curses, Bear in Mind, One Sunday Morning, and The Refrain. Her novel, Fall Love, will be published in Spanish as Amigos y amantes in 2016. Born and raised in Birmingham, Alabama, she graduated from Harvard College and Columbia University and lives in New York City.  Visit her at:   www.annewhitehouse.com.

Poet’s Notes:  “Calligraphies” is a persona poem; it is written in the voice of the Cai Guo-Qiang, the amazing Chinese fireworks artist. An article I read about him in Smithsonian Magazine inspired it and may be found here:
http://www.smithsonianmag.com/arts-culture/meet-the-artist-who-blows-things-up-for-a-living-4984479/. What an extraordinary story, and what an extraordinary man! I began to read more about him, and the poem seemed to come through me effortlessly.  Since I wrote the poem, Cai Guo-Qiang realized his ambition to create a ladder of fire. Here is the video: https://www.youtube.com/watch?v=rLVQtaZQdR4.

Editor’s Note:  I read and personally responded to every poem entered in the contest--all 340 of them.  I selected seventeen poems by ten poets to be read by Carol.  I do not mind revealing that “Calligraphies” was in my top three. For me, the poem works on many levels:  as ekphrastic, as epic, as vignette, and as moral lesson.  The imagery and use of metaphor are particularly well done.  “Calligraphies” was first published in Review Americana, Vol.8, Issue 1, Spring 2013.

Posted by Steven Wittenberg Gordon, MD at 7:36 AM