Poem of the Day: "My First Cigarette" by Steven Mayoff

Songs of Eretz Poetry Review is pleased to present "My First Cigarette" by Steven Mayoff.  Mr. Mayoff is a full-time writer living in Prince Edward Island (PEI), Canada. His fiction and poetry have appeared in literary journals across Canada and the U.S., as well as in Ireland, France and Algeria. In 2010, his story collection Fatted Calf Blues won the PEI Book Award for Fiction. 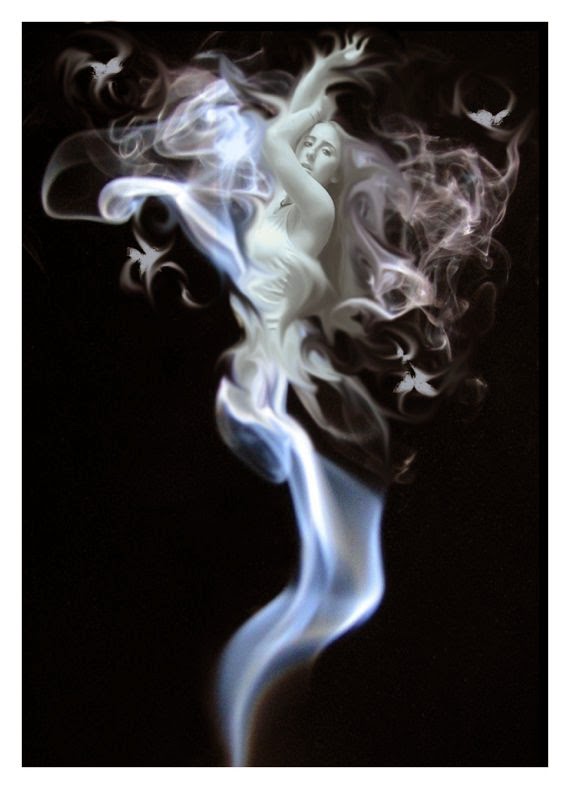 11 1/2 hours and more minutes
than all of these put together.

The pinking lung renews its
allegiance to the black.
The shrinking butt burns into
an eye glaring red, firing back.

Paper and leaf inching down
to a smouldering sound,
a soldering ground.
Consuming both chaff & sheaf
in a puff of shock,
worming past the throat-lodged rock
past a hair-trigger cocked
to go off and cough
and cough and cough.

Still, the sea-blue girl
dances me to the edge

and I light up another one.

This second son, this Abel
is slain in no time flat,
a lost first repeated

echo
of a shot.

Poet's Notes: The poem came from an evening at the end of a stimulating yet intense week of the first writing workshop I ever took (I was in the fiction group). All the participants gathered on the outdoor patio of a local pub. I noticed the poetry instructor was rolling his own cigarettes. Even though I had stopped smoking three years earlier, a few beer and whiskies (as well as other stimulation, courtesy of one of my fellow participants) brought back the old craving.

After I rolled the cigarette and took that first drag, what came to mind was the opening line from “Sounds Of Silence" by Simon and Garfunkel: “Hello, Darkness, my old friend.” I used the first half of the line and hastily scribbled a rough draft of the poem, which the poetry instructor judged as not bad considering my inebriated state. I didn’t look at the poem until a week or so later, in a decidedly more sober frame of mind, and found some lines worth developing.

Although the poem was written a good decade ago, what strikes me now is how it captures that visceral immediacy of the smoking experience: craving, fulfillment and remorse. By the way, although I have indulged in the occasional cigarette over the years, I never fell back into the nicotine habit.

Editor's Note:  Mr. Mayoff captures the seductive feeling of nicotine addiction and brings it to life for me.  And I have never smoked!  “My First Cigarette” first appeared in Cerulean Rain in January 2008 and was reprinted in Songs of Eretz Poetry E-zine in February 2015.
Posted by Steven Wittenberg Gordon, MD at 5:06 PM