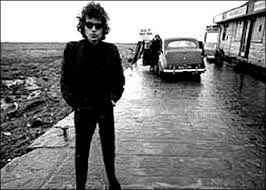 I took heroin last night
No, I didn't
That was a lie
It sounded right to say it
More depravity, more desperation
It suits this persona
This false face

There ain't a word for people like me
No wait, there is:
Liar
"I am a liar"
Says I
Tell me if I am speaking the truth
If you dare

Poet's Notes:  Artificiality is at the same time earnest and parody.  It is a parody as it derives from my mockery of all the songs, poems, et cetera, devoted to the author's debauchery.  This mockery is most keenly expressed in the fact that claims of my own depravity are utter lies.

The earnestness is found in the last stanza, in which I incorporate the Liar's Paradox.  I call this earnest because, as a philosopher, this is where I am showing who I really am by telling you something I cannot say.  That is, to claim "I am a liar" is only true if I am telling the truth, and so false; and if false, then I am telling you the truth for I would have lied.  The challenge that follows underlines the point of introducing it at all and stands itself as a sort of mockery of my own mockery, which mirrors the recursion of the Liar's Paradox.

The structure of the poem flowed naturally and seems suited to the subject matter.  I hardly edited this poem at all, save for making sure that each stanza was of equal length.

Editor's Note:  This poem is a real departure from what I have seen from Mr. Rowe, and I applaud his experimentation with this different style--reminiscent of the Beats of the 1950s & 60s, but with a modern flavor.  "Artificiality" first appeared in Songs of Eretz Poetry E-zine Volume 1, Issue 7 (July 2014).
Posted by Steven Wittenberg Gordon, MD at 1:58 PM