Review of "Legerdemain" by Gabriel Murray 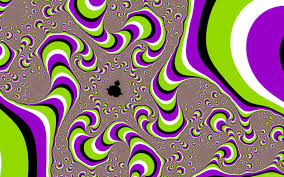 "Legerdemain" by Gabriel Murray appeared in Daily Science Fiction on April 16, 2013.  "You are a homosexual magician on a mission of seduction (I think)."

I rarely stop reading a story once I've begun no matter how flawed the beginning, but I almost stopped reading this one after a few paragraphs.  Second person POV is almost always problematic, but Mr. Murray shifts from second person to third person POV from sentence to sentence--at times even within the same sentence.  The result is a story that is difficult and annoying to follow--I'm not even entirely sure of the name of the MC.  Perhaps the author attempts to misdirect the reader in the same manner that a magician misdirects his audience?  I am not certain, but that would mitigate the confusing narrative a bit if true, I suppose.  1 out of 7 rocket-dragons.
Posted by Steven Wittenberg Gordon, MD at 7:37 PM