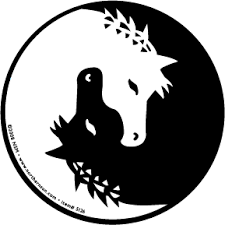 It is nice when the editor of a magazine takes the time to acknowledge a potential contributor and give a few pointers.  It would be easy for me to lose track of how many poems I have submitted to Niteblade over the past few months, sadly all declined.  However, recently, the editor was kind enough to let me know that haiku are a tough sell for the magazine unless the haiku juxtapose two seemingly disparate themes in a harmonious way.  With this advice in mind, I composed five haiku:  faerie dust (fantasy), daffodils (horror), sharpened oaken stake (horror), phoenix feathers (fantasy), and dark forest (science fiction).

I began by making a random list of interesting words or pairs of words.  I then chose three words/word pairs from the list--the most disparate ones I could combine--for the 3-line skeleton of each haiku.  About two times out of three, a good haiku resulted--all harmonious juxtapositions of disparate elements.
Posted by Steven Wittenberg Gordon, MD at 10:02 PM