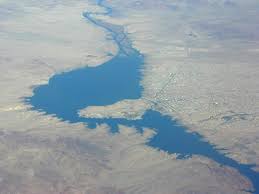 Lake Havasu by Dorianne Laux was offered by Poets.org's Poem-A-Day on April 17, 2013.  Lake Havasu, for those who don't know (I had to look it up) is a man-made body of water on the border between Arizona and California created by a dam on the Colorado River.  The poem reads like a personal story of "that magical summer" that most people have experienced, or at least vicariously experienced, at some point in their lives.  However, the poet reveals in her notes that what seemed magical in her youth seems gaudy and "debauched" as a mature adult.
Posted by Steven Wittenberg Gordon, MD at 4:07 PM