Songs of Eretz Poetry Review is pleased to announce that Guest Judge Former Kansas Poet Laureate Caryn Mirriam-Goldberg, PhD has declared Ron Wallace the winner of the 2017 Songs of Eretz Poetry Award Contest for his poem “The Coast of Oklahoma”.  Wallace is an adjunct professor of English at Southeastern Oklahoma State University. He is the author of seven volumes of poetry published by TJMF Publishing of Clarksville, Indiana and a three-time winner of The Oklahoma Writer’s Federation Best Book of Poetry Award. In addition to several appearances in Songs of Eretz Poetry Review http://eretzsongs.blogspot.com/search?q=ron+Wallace, his work has been featured in:  Oklahoma Today, The Long Islander, Concho River Review, cybersoleil journal, Cobalt, Red Earth Review, Dragon Poets Review, Gris-Gris, Oklahoma Poems and Their Poets, and a number of other magazines and anthologies. Copies of his books may be purchased at RonWallacePoetry.com.

The Editor of Songs of Eretz Poetry Review selected several finalists out of the hundreds of poems entered in the contest after providing personal feedback to every poet on every poem.  Dr. Mirriam-Goldberg then had the unenviable task of choosing the winner.  She made the following comments about the contest in general and about the winner specifically:

The collection of finalists for the 2017 Songs of Eretz Poetry Award Contest encompassed great imagination and originality.  My process of judging the poems entailed reading each repeatedly, often four or five times, and out loud at least twice to hear each poem as well as see it. I found choosing one winner difficult because of the high quality and fresh approach of these poems, but eventually, I landed on one particular poem--“The Coast of Oklahoma”.

This poem begins with a title it's hard to forget because of its originality and truth (the kind of truth that trumps fact). The images here are often both simple and breathtaking, such as August described as “blue eyes beneath a tilted brim” and later “sometimes, only a tracker can read/ those marks.” There's also a lot in this poem swirling up from below the surface when it comes to the relationship of the poet to his/her father, and the climate of the old (and still current in some corners) west and the weather passing through. At the same time, this poem speaks to how we remember and craft memories that craft us as well as future callings and yearnings.

I read this poem repeatedly to hear its shining and subtle music, and the ending gently takes that swirling music into a quiet rain (with so much other weather under the surface). The beginning western window and ending view of leaves swirling away before the rain altogether bookend stories within stories, all precisely evoked through the detailed, yet concise images.  The seasonal shifts from August to September, and generational shifts, from father to adult child, infuse this poem with enduring meaning that's grounded enough in original language to speak across divides.

I also chose “The Coast of Oklahoma” as the winner because of its hard-won universality. Even before I read the poet's notes, I could sense how this poem came out of years of deep engagement with all its elements and with the poet's own life.

The Coast of Oklahoma
Ron Wallace

Outside my western window,
a grey day presses against the pane, 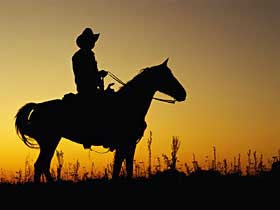 remnant of a fading hurricane
flown inland,
to die on the coast of Oklahoma.

Scanning the receding mist,
I hold a lawman’s star in my left hand
a remnant of hard arms and a good man’s heart.
Your cowboy hat hangs
under rifles on a red cedar gun rack
as if you might walk in
and put it on.

But August has slipped away while I wasn’t looking,
blue eyes beneath a tilted brim.

So, I search the ground below the weeping glass,
seeking the scuffs
of your well-worn heels on September dirt.

Where fathers walk
sign is always left
and sometimes, only a tracker can read
those marks.

I need that trail now,
for without a path to follow,
life can be a pursuit of pieces, scattered in a storm
a whisper of dry leaves
whirling away
before the rain begins to fall.

Poet’s Notes:  My father was born in 1906 before Oklahoma was even a state. He was, along with my mother, the guiding force in my life. He was a cowboy on major Texas and Oklahoma ranches as a teenager and young man. He married my mother in 1926; they endured the Depression, went to California to build ships when he was rejected from enlistment after Pearl Harbor, and returned to Oklahoma after the war, where he became a police officer and fathered me, the youngest of five children. He was an extraordinarily good, strong and kind man who, again along with my mother, instilled ideas of right and wrong, fair play, and justice while stressing higher education and self-growth. I saw him as larger than life, a force of nature much like the hurricane that had flown inland to Oklahoma to fade away as a thunderstorm that I mention in this poem.

This work was started as a tribute to my father, but I found myself, a decade after his passing, looking out my window at the remnants of the dying hurricane and looking around at the things I had left to remind me of who I am--his hat, his guns, his captain's badge--and I thought of how I was growing older as he had done and how much of a pathway he had paved for me. I knew then how fortunate I was and was saddened that everyone was not given such a light to follow. The result over a couple of years’ work and revision was the current incarnation of this poem I have here.

Editor’s Note:  This is a regional poem, but the Cowboy is the soul of the American spirit, so the piece has a universal quality as well. I found it interesting to think of Oklahoma of having a coast, which brought to mind seas of grass for me.  The yearning to have one's father for guidance after he has passed is well expressed and should resonate with many readers, sadly myself included.
Posted by Steven Wittenberg Gordon, MD at 10:18 AM