Review of "Waiting for Rain" by Ellen Bass 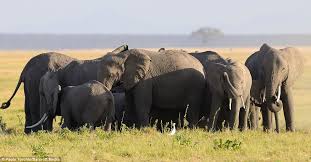 "Waiting for Rain" by Ellen Bass was offered by Poets.org's Poem-A-Day on September 30, 2013.  In this deeply personal poem, the poet conveys her anxiety and feelings of helplessness when faced with the reality of a serially seriously ill daughter.  She worries about things in the environment that might stop her daughter's breath.  She longs to take over her daughter's body, to somehow shield her child's body with her own from within, but knows that this is impossible.

Stirring metaphors abound--my favorite is the image of elephants forming a circle to protect their young.  The title itself is metaphor--waiting for rain, waiting for disaster, but hoping against hope that the dark clouds will blow over.  But rain also gives life, so there is an element of hope in the title, too.

On a personal note, I was once faced with a daughter who needed neonatal intensive care.  She survived and is doing well now, but her time in the NICU still haunts me, and the insidious threat that she one day may need intensive care again is always lurking just behind her winning smile.
Posted by Steven Wittenberg Gordon, MD at 9:28 PM