"The Birth of a Dewdrop" by Gene Hodge 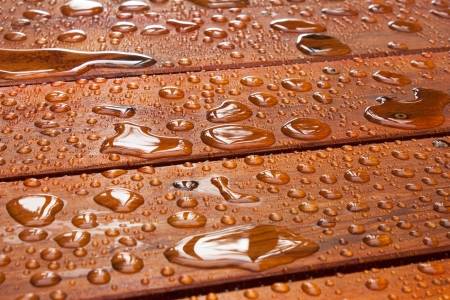 The Birth of a Dewdrop
Gene Hodge

Upon the gazebo’s metal roof,
it laughs at the starry sky . . .
then slides downward
through the cool morning,
freeing itself
off the edge
in a graceful swan dive.

In one finale splash
it splatters into a million love drops
and kisses the face
of a smiling deck.

Poet’s Notes: This time of year the humidity is high in the South, and moisture forms heavy on rooftops.  Sitting alongside my gazebo in the early morning while watching the stars and having my first cup of coffee, I heard a heavy drop of moisture splash onto the deck.  Isn't it amazing how something so insignificant to many is of so much importance to a poet?

Editor’s Note:  I love the way Gene employs personification here.  His choice of "finale" rather than "final" in the last stanza creates a poetic finale analogous to that at the end of a fine piece of music.
Posted by Steven Wittenberg Gordon, MD at 10:46 AM