"Per Aspera Ad Astra" by Mary Soon Lee, Poet of the Week 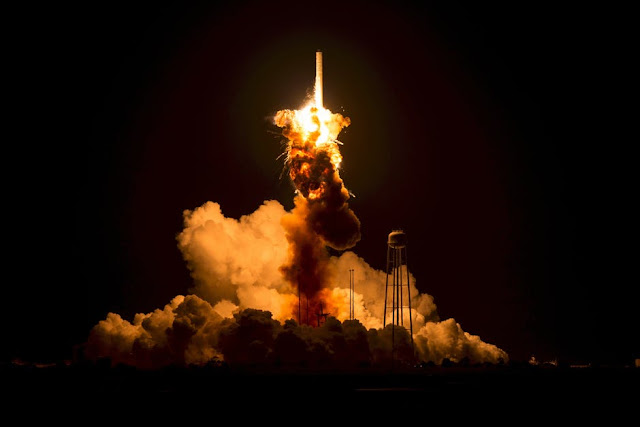 Every rocket rises
against weight.

Before Sputnik, before Vostok,
before the race to space,
Korolev's teeth fell out
in the mines of Kolyma
under Stalin's terror,
beaten, scurvy-ridden.

The stars a fire.

Poet's Notes: "Per aspera ad astra" is a Latin phrase meaning "through hardships to the stars." I wrote this poem after reading the opening chapter of T. A. Heppenheimer's book, Countdown: A History of Space Flight. I love the space program, but there is plenty of grimness in its history, far more than the poem touches on, some of it merely (merely!) due to equipment/vehicle failures: Grissom, White and Chaffee who died during testing for the Apollo program. The Soyuz 11 crew. Challenger. Columbia.

Editor’s Note:  The state motto of Kansas is ad astra per aspera.
Posted by Steven Wittenberg Gordon, MD at 9:58 AM