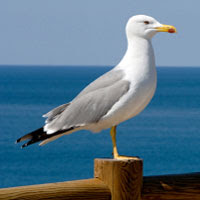 The winner of the 2018 Songs of Eretz Poetry Award Contest will be announced on Monday, February 12, followed by the publication of the winning poet's winning set of poems.

J. Artemus Gordon has signed on as our new Art Editor.  Look for his original art to accompany our poems beginning next week.

This coming Friday, the Reader's Choice Award Contest will begin.  Vote for your favorite poem via email to Editor@SongsOfEretz.com.

March 1 will see the resumption of a regular rotation of poems by our Frequent Contributor staff supplemented here and there with guest poet features and perhaps a few poems of my own.

The 2019 Songs of Eretz Poetry Award Contest is accepting early submissions.  Montana Poet Laureate Lowell Jaeger will be the guest judge.  In addition to a one thousand dollar first prize, one hundred dollar honoraria will be awarded to each of the first five runners-up.  Duotrope.com has agreed to promote the contest and will offer the winner an additional prize.

So, it is shaping up to be a banner year for Songs of Eretz!  And, in case you haven’t heard, Songs of Eretz now pays a professional rate of fifty dollars per poem or poetic piece of flash fiction.

Thank you for your support!