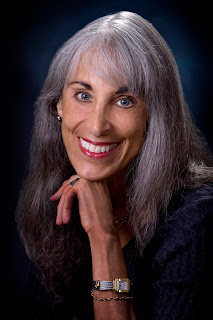 Songs of Eretz Poetry Review is pleased to announce that Guest Judge Former Kansas Poet Laureate Eric McHenry has declared Former Montgomery County, Pennsylvania Poet Laureate Doris Ferleger the winner of the 2018 Songs of Eretz Poetry Award Contest for her winning set of poems: “Coupling Under The Bodhi Tree” & “Pass Over” & “What I Mean By Beauty.”  The winner holds an MFA in Poetry and a Ph.D. in Psychology and maintains a mindfulness-based therapy practice in Wyncote, Pennsylvania.  She is the first poet in the history of the Songs of Eretz Poetry Award Contest to have a winning set declared rather than a single poem.

Dr. Ferleger was the winner of the New Letters Poetry Prize, Robert Fraser Poetry Prize, and the AROHO Creative Non Fiction Prize, among others, and is the author of three full-length volumes of poetry, Big Silences in a Year of Rain, As the Moon Has Breath, and Leavened, and a chapbook entitled When You Become Snow.  Her work has been published in numerous journals including Cimarron Review, L.A. Review, and South Carolina Review.

In his capacity as the preliminary contest judge, the Editor of Songs of Eretz Poetry Review selected several dozen semi-finalists out of the hundreds of poems entered after providing personal feedback to every poet on every poem.  Eric McHenry then had the unenviable task of choosing the finalists who were given the chance to provide poet’s notes statements for his consideration.  McHenry then had the even more unenviable task of choosing the winner.  He made the following comments about the contest in general and about the winner specifically: 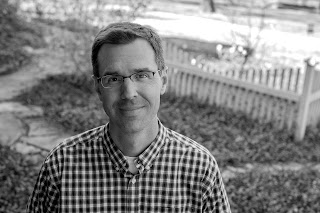 It was a privilege to judge the 2018 Songs of Eretz Poetry Award Contest.  The impressive quality and variety of the entries made meaningful distinctions difficult to draw.  Confronted by so much strong and stylistically diverse work, I eventually decided to apply the classic questions:  What was the poet trying to do?  Did he or she do it?  Was it worth doing?  The poems that rose to the top of the pile were a satisfying admixture of tangibles and intangibles, of craft and art. Each was clearly the product of a hundred subtle aesthetic choices that made my choice quite a challenge. Real poetry is a rare commodity.  I feel lucky to have been in the presence of so much of it.

Three poems by Doris Ferleger stood out for their beauty, their lucidity, their originality, their balance, and their fearlessness in the face of eternity.  She is equally skilled at telling a story, rendering the natural (and the artificial) world in striking detail, and deploying the well-earned aphorism: “We will all forsake someone— / let it not be ourselves.”  I’ll carry those lines with me for a long time. Each of her poems is a well-paced journey through a richly detailed physical and emotional landscape. They complicate and change in unexpected ways, and the reader is left feeling changed by them.

Tomorrow, the next day and the day after that Songs of Eretz Poetry Review will feature a poem-a-day from Dr. Ferleger’s winning set that has earned her the Fourth Annual Songs of Eretz Poetry Award and a one thousand dollar honorarium.  It is our hope here at Songs of Eretz that winning this award will help to enhance and promote the career of this amazing and talented poet.
Posted by Steven Wittenberg Gordon, MD at 3:49 PM