"Marathoners" by Alessio Zanelli, Frequent Contributor & Poet of the Week

Marathon runners have one less thing to do in life.
—Anonymous

Just opened to darkness from ethereal worlds,
eyes strive to focus in the distance 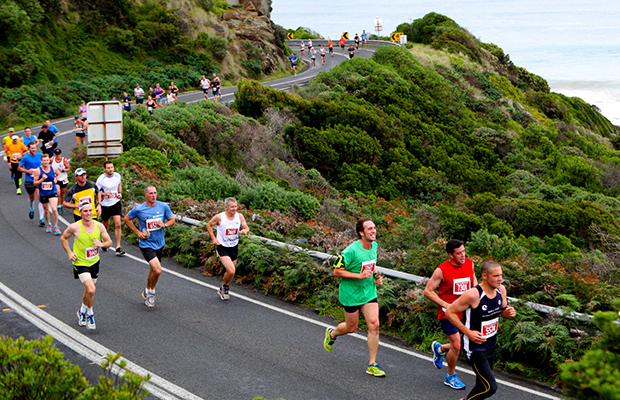 when bodies still lie numb within home walls.
Thighs and calves start to shiver
when the run is hours away.
Rituals and automatisms set us going,
have us move like phantoms in the flesh.
Organic machines are primed,
all flaws seem to be gone,
and so do our doubts.
It’s dawning now, we’ve long been go.
This foggy morning saw us rise as strangers,
but before the sun has burst through the blanket
and mastered the torpid countryside,
we’ll have won our day.
Pace after pace, bend after bend, hill after hill,
adding miles to our course as bricks to our life.
Only there, past the coveted finish line,
when our hunger for the road has been quenched,
and so has our surfeit of disquietude,
after having annulled it,
we’ll have been restored as creatures of time.
Exhausted, burning-templed and roaming-minded,
back inside invisible boundaries
forcing us to fidget in secret captivity,
we'll finally enjoy the clouds drifting in the sky,
deluding ourselves our conquest is forever
and the night will never fall.
Again we'll sigh as common humans,
we’ll bask in blissful, composed fulfillment.
Free from shadows and shortcomings.

Poet’s Notes:  It has been said that “marathon” is a metaphor for life. Although I’ve been a long-distance runner for nearly twenty years, having run nearly 100 marathons and ultra-marathons and covered about 35,000 miles, I still don’t know if that is true, but certainly, marathons help me focus on my life.  This poem is dedicated to my fellow marathoners who could never erase running from their lives.

Editor’s Note:  My mother told me that I walked at the age of nine months.  It remains the most athletic thing I have ever done.  So, I envy athletic types like Alessio and have often wondered what it would be like to be one, if only for a minute.  Alessio gave me that minute metaphorically with his moving poem, and for that I thank him.
Posted by Steven Wittenberg Gordon, MD at 12:17 PM