Review of "Prayer for a Birthday" by Mark Wunderlich

"Prayer for a Birthday" by Mark Wunderlich was offered by Poet.org's Poem-A-Day on December 9, 2013.  A link to the poem, including the poet's notes, may be found here:

Mark Wunderlich (b. 1968) is a Professor of Literature at Bennington College.  He is the author of two poetry collections and the recipient of numerous fellowships and literary awards.  A detailed biography may be found here: 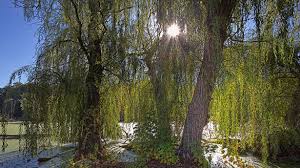 The poem speaks for itself and does not require a close read to appreciate its meaning or imagery.  It consists of twenty-eight uneven, un-rhyming couplets.  The "I" in the poem is the poet.  The "you" in the poem is God.  It is interesting to consider that the poet admits in his notes that he is an atheist, and that the poem was inspired or is loosely based upon an 1837 German-American book of prayer.
Posted by Steven Wittenberg Gordon, MD at 5:03 PM