Review of "At Night" by Yone Noguchi 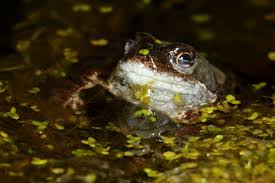 Yone Noguchi (1875 - 1947) was born and educated in Japan.  In 1893, he traveled to the United States and began composing poetry in English.  He ultimately published several poetry collections.  His poetry inspired Ezra Pound and the Imagist Movement.  He returned to Japan in 1905 where he continued to compose and publish English language poems.

"At Night" begins with personification of the Universe at night as "sober-faced."  Simultaneously and oxymoronically, the Universe is also "of intoxication," or perhaps intoxicating.  The Universe is trapped by the night in "a doorless cage."  The world is compared to a pond in which frogs, perhaps a metaphor for people, are encouraged by the poet to "cry out for the light."  The poem ends on a note of fear of the night, whose "curtains rattle ghostily along."
Posted by Steven Wittenberg Gordon, MD at 7:45 PM