Review of "Headaches" by Marilyn Hacker

"Headaches" by Marilyn Hacker was offered by Poets.org's Poem-A-Day on December 10, 2013.  A link to the poem, including the poet's notes, may be found here:

Marilyn Hacker (b. 1942) is infamous for marrying science fiction writer Samuel R. Delany in 1961 and becoming an outspoken lesbian ten years later.  She lives in France and New York and composes poetry in English, French, and other languages.  In 2008, she was elected a Chancellor of the Academy of America Poets.  A detailed biography, including a list of her numerous awards and published works, may be found here: 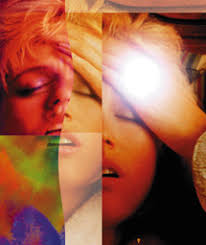 The poem describes the painful onset of a migraine and ends with a list of common pharmaceutical treatments for one.  The rest of the poem flies from one thought to another, perhaps representative of the anxiety-laden thoughts that often trigger or a least accompany headaches.