"Vision" by Robert Penn Warren was offered by Poets.org's Poem-A-Day on November 17, 2013.  A link to the poem may be found here:

Robert Penn Warren (1905 - 1989) was the winner of three Pulitzer Prizes.  He was the first US Poet Laureate Consultant in Poetry and former Chancellor of the Academy of American Poets.  While attending Vanderbilt University in the 1920's, he was associated with a group of Southern poets known as the "Fugitives."  He was a teacher at many fine institutions including Yale University.  Although better known as a novelist (the author of All the King's Men), he is considered to be one of the best poets of his generation.  A detailed biography may be found here: 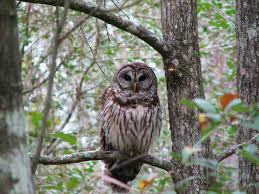 "Vison" takes the form of a traditional ballad with rhymes and rhythm that are pleasing to the ear.  The speaker in the poem plans to live a pastoral life, but also plans not to linger long in any one place.