Review of "deeper than dirt" by Rachel McKibbens

"deeper than dirt" by Rachel McKibbens was offered by Poets.org's Poem-A-Day on November 7, 2013.  A link to the poem, including the poet's notes, may be found here: 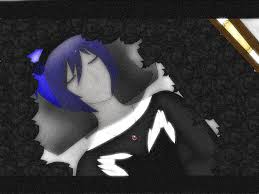 The subtitle to this poem is "after the poet asked how I would bury my brother."  Accordingly, the poem appears to be a kind of pre-elegy for the poet's brother.  The poem tells of how the poet would seek to protect her dead brother's body from the ravages of decay.  It ends with the poet or sister promising to carry her brother "as the only mother you have ever known," implying that the poet's mother was somehow absent--whether physically or emotionally is not clear.  This idea is further supported as the poem says that the brother was "brought up dirty & wrong," perhaps implying a history of sexual abuse.
Posted by Steven Wittenberg Gordon, MD at 3:22 PM