Review of "Maps" by Beth Cato 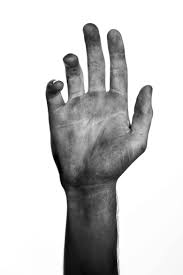 "Maps" by Beth Cato appeared in Daily Science Fiction on February 14, 2013.  "A girl is blessed (although she would say "cursed") with the ability to draw "maps" with her left hand that predict future events in her own life and in the lives of those she loves."

Ms. Cato weaves an interesting tale here, though it reads more as a slice of life than a standard story.  Her MC's ability is pretty original; I only wish there had been more of an explanation for it (there was a bit at the end but not enough for me).  I also wish there had been some clarification concerning the setting--modern events (AIDS, the war in Afghanistan) are mentioned when the story feels like more of an old household tale, and physicians and social workers are talked of in the same breath as "magi."  5 out of 7 rocket-dragons.
Posted by Steven Wittenberg Gordon, MD at 7:03 PM