Songs of Eretz Poetry Review is pleased to present “Summer Slow” by John Grey.  Grey is an Australian born short storywriter, poet, playwright, and musician.  He has had work published in numerous magazines including: Weird Tales, Christian Science Monitor, Greensboro Poetry Review, Poem, Agni, Poet Lore, and Journal Of The American Medical Association, as well as the horror anthology What Fears Become and the science fiction anthology Futuredaze.  He has had plays produced in Los Angeles and off-off Broadway in New York.  He won the Rhysling Award for short genre poetry in 1999.  Grey has been a resident of Providence, Rhode Island since the late seventies. 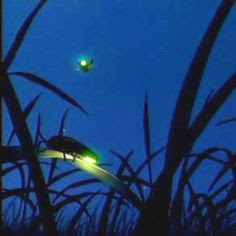 My Providence backyard swoons in night's heat.
Darkness doesn't cool,
merely adds another suffocating layer.
I lie on a chaise lounge,
witness the indifferent mounting of the stars,
a moon that seems to sweat with haze.
There's enough Summer here
for a boy to play until
he can no longer see his hands.
The temperature would still be on his side,
his scrawny frame fueled by mercury in the nineties.
He'd try to snare those lightning bugs
with clapping hands.
He'd scour the long grass for chirring cricket
and the tree bark for a cicada
blowing its voice box on a mate.
No way he'd be lazy and defer
to the thickness of the air.
He wouldn't be crying out for a beer.
Not even a lemonade.
It would take a lot of burned off energy
for him to be so drained
this modern version of an ancient fainting couch
would feel like rescue.
It would take years,
as many years as I've lived.
It's a typical July evening
in a sultry, comatose ordinary neighborhood.
I do hear some shouts of joy
but from many fences hence.
Time, to me, seems pathetically long-winded
even though there is no wind.
Once it was as brief as a lightning bug's flash,
a cricket's modest music scale,
a cicada's febrile pitch.
Back then, I can't believe
these insects ever needed to repeat themselves.

Poet’s Notes:  Having grown up in a part of Australia where the differences between seasons are a matter of a few degrees, I find that here in New England where I live now they take on a character more realized, more at complete odds with each other. From a poet’s perspective, their personality, their minutiae, demand to be put down on paper. “Summer Slow” is my homage to the sultry days of July when the neighborhood is given over to the sounds of insects and cookouts and the welcome presence of the boy within the man.

Editor’s Note:  Grey captures well the mood and feel of a hot summer evening in his beautifully descriptive opening verses.  He plays with time perfectly as he executes the flashback to childhood and compares the wonder of that time to the complacency of adulthood.  The speaker longs to recapture the magic of childhood but finds it just out of reach.  This piece has a universal quality that I am sure appeals to many readers.
Posted by Steven Wittenberg Gordon, MD at 2:24 PM