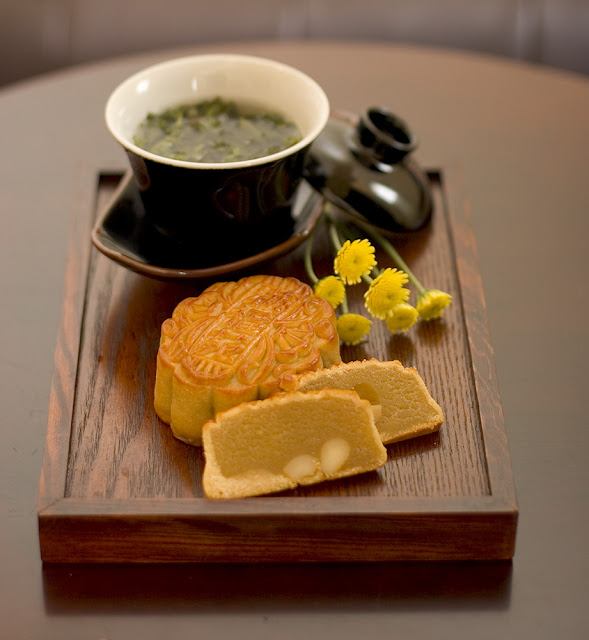 Only two official portraits
ever made of King Xau:
the one in the throne room
depicts him after he won his first war--
seventeen years old,
robed in red, crowned in gold,
no hint of triumph
on the boy's stern face.

They caught Tian off guard.
She'd finished cleaning
the king's rooms,
had an armful of dirty cloths
as she stepped out into the hall--

The king and his guards
were lined up along the wall.
They all bowed to her--
to her--
and led her into the breakfast room,
the table laid with plates,
tea bowls, a single mooncake.
King Xau pulled out a chair for her,
the king beaming, Tian speechless.

The king cut the mooncake
into little pieces, scattering crumbs.
He handed the first piece to her.
"Happy Birthday, Tian."

Tian sniffed noisily
as the king gave bits of mooncake
to his guards, poured tea.
If she tried thanking the king,
she'd end up in tears.
So instead she gestured at the crumbs,
the plates, the bowls, said sharply,
"Who'll clear all this up?"

"The king will," said Captain Li.
"I will incorporate the clean up
into today's training session."

The second portrait,
painted by the master Pei Tsu,
given, in a gesture of outlandish generosity,
to an elderly cleaning woman:
black ink wash on silk,
the king in profile,
smiling as if at a friend.

Poet's Notes:  This is a poem about King Xau, the fictional hero of my epic fantasy The Sign of the Dragon. Xau spends most of his time doing what he believes is best for his kingdom: meeting with his ministers, entertaining envoys, commanding his cavalry, etc. But he prefers the company of his family, his guards, and his elderly cleaning woman.

In writing the epic, I tried to vary the point of view to present a broader perspective. This poem is one of three from Tian's point of view. I also tried to balance the darker, more serious moments with others where Xau has a chance to relax.  More poems about King Xau may be found in Songs of Eretz Poetry Review http://eretzsongs.blogspot.com/search?q=Xau and at http://www.thesignofthedragon.com.
Posted by Steven Wittenberg Gordon, MD at 11:16 AM