Songs of Eretz Poetry Review is pleased to present “Scopophilia” by Simon Constam.  Constam wrote poetry as a young man but gave it up after just a few years, put off by the growing influence of academia.  An admirer of Rimbaud and Beckett as a teenager, Constam hitchhiked around the world at eighteen, which he credits as probably his most formative experience. He worked for a publisher for a couple of years and then owned a small bookstore in British Columbia for a long stretch.

One day in his middle fifties, he retrieved the poems he had composed in his youth, finding that he could not leave poetry behind him. He now has a few poems published in online magazines and is looking for a home for a book of poetry as well as a chapbook.  He has a small sales consulting business in Toronto.

I enjoy within myself a mixum-gatherum 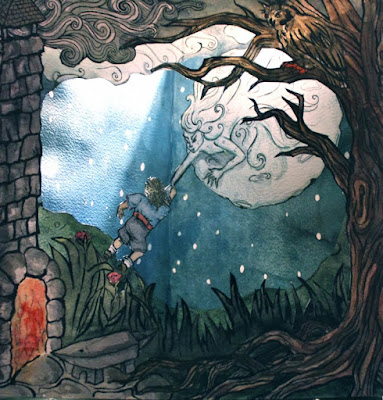 of shame, embarrassment and curiosity.

Must I use the word frisson?
It makes me feel so helpless.

Well, I suppose I don’t so much see what is before me as I,
wanting more of what I already have, attach myself to it.

I don’t accept just anything.
I accept whatever can be made into what I need from it.

I cannot work with a cold night and a colder wind, for example.
I don’t know why.  Or a forest. Or a lake. Or nature generally.

With some exceptions – Lorca’s moon.

But certain moments in history repeated endlessly,
some of them are fine.  Most fly right past me.

I can make something out of people hating.
I can easily modify that to suit my purposes.

I can do little with ambition and wealth.
Cities, modern, the space-age brain…..

I try to make them malleable.
But if the choice is mine …..

A village built on a winding river,
streets climbing up steeply from the water’s edge,

narrow streets, women with ancient brooms
and young women who have lived too long in a place with too few men.

And she ought to be a little older
and reluctant in a brazen sort of way.

For sex I’ll take my chances with pathological shyness
alternating with ride-em-cowgirl.

And lots of dark, dark hair. Truant kids peeking in through windows.
Old men who talk as if they will not live again.

And for people arriving at the village square café,
I prefer that two tables be pushed together

for several generations of a family among them those
that simply know how things really work and are anxious to get on with it,

offending those who prize the gathering alone
happy in their ignorance of the old ways.

For comestibles I prefer the whole beast, every last little bit of it
but that comes later tonight.  For libation, the blood they think is wine.

And there is something maudlin too - brothers who have good reason to
hate each other and do, and then don’t, and then do again.

I do like to watch history poking its head
through the curtains of individual lives.

And for what ails me, I prefer the simple mechanism of a man dying
who doesn’t deserve to die, has worked too hard, cared too much,

for his family. But only if he has a secret life
that destroys my respect for him.

For meaning I much prefer it when the writer has no idea at all what the piece is about
and you have to choose more than just your own ending.

Poet’s Notes:  Drawing stories that, as often as not, don’t fit what I see but fit my perspective, is what I find myself doing. I was outside one night last winter, looking up at a sky where the city lights obscured the stars, feeling a little anguished at both wanting and not wanting to write something about the disappearance of the ancient night.  Bit by bit, what I could use and what I couldn’t began to trouble me.

I grew up among people who didn’t spend much time outside, didn’t camp or hike or do anything outdoors.  So I can’t often for myself find a connection with the natural world. I find intensity instead in how we behave with one another.  That is what I make and re-make in the world for myself.

His choice of using only one line for the stanza that refers to "Lorca's moon" is nicely done.  The white space created by the absence of the expected second line is filled by reference to and thoughts of "Ballad of the Moon Moon" https://www.poetryfoundation.org/poetrymagazine/poems/detail/89729.

The turn is perfectly executed in the tenth stanza.  The stanzas that follow are filled with beautiful imagery and thought-provoking subtle references to biblical history (the stories of Joseph, and of Jacob and Esau).  These stories are evoked and woven into the narrative in a masterful way.

The final stanza makes for a "wow" finish.  It invites the reader to re-read the poem to look for different meanings and interpretations.
Posted by Steven Wittenberg Gordon, MD at 5:05 PM