Poem of the Day: “A Fountain in the Closet” by James Frederick William Rowe, Poet of the Week

Songs of Eretz Poetry Review is pleased to present “A Fountain in the Closet” by James Frederick William Rowe, Poet of the Week.  A biography of Mr. Rowe may be found here:  http://eretzsongs.blogspot.com/2015/02/poet-of-week-james-frederick-william.html. 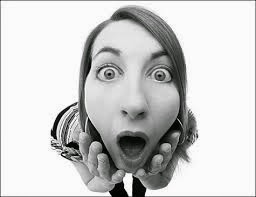 A Fountain in the Closet
James Frederick William Rowe

Poet’s Notes:  Though I swear the inspiration was not a toilet, this silly poem came to me while using the bathroom about a year ago. I wrote it down immediately.

The poem is an exchange between two people repeating more or less the same lines to each other about the quite peculiar fact that a fountain is in a closet. It's an absurd idea – to house a fountain in a closet – and the poem captures the incredulity of one with the insistence of the truth of it from the other.

Gaby, the friend of mine to whom I dedicated the previously published “Mercury Rx,” would later hang herself in a thousand closets, each with a fountain (in verse form only). Perhaps that is why we no longer speak, as I have provided the location for her poetic suicide.

Editor’s Note:  A bit of non sequitur, perhaps, but I see a bold poetic experiment here and a hint of Dr. Seuss.  I like it!  So I published it!  So there!
Posted by Steven Wittenberg Gordon, MD at 9:03 PM