Poem of the Day: “The Artists” by Anders Ward

Songs of Eretz Poetry Review is pleased to present “The Artists” by Anders Ward.  Mr. Ward, a life-long Californian, is eighteen years old and a freshman at the University of California at Santa Cruz where he is majoring in Literature.  He aspires to be a fiction writer, and his favorite poets include:  Sylvia Plath, Theodore Roethke, Allen Ginsberg, WH Auden, Walt Whitman, and Emily Dickinson.  In his spare time, he enjoys taking hikes, reading, writing, watching movies, listening to vinyl music, and playing basketball.

Coffee burning in rubik’s-cube minds,
The Four Figures sit, each eachothers’ muse.
Black robes bring out the bags under their eyes

Between microwave-clock beeping and astral hands churning
(in the blacker black)
Time sighs,
Rubbing its eyes with moon-hands,
But clockwork figures loudly clack on keyboards
Well past when the owl begged them stop.
Finished only when their minds empty
And the Stars inherit. 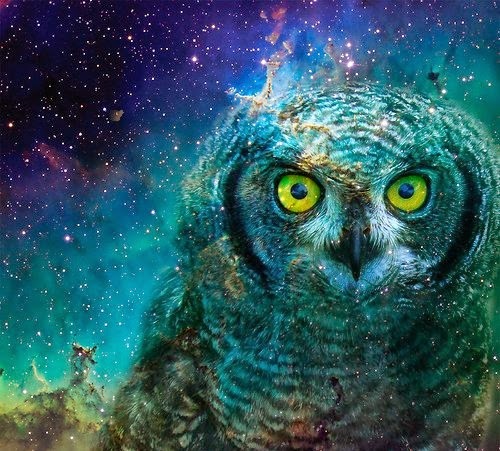 Poet’s Notes:  I started this poem during a much needed break from writing a research paper at 2 a.m. the night before it was due, surrounded by friends in the dorm building lounge.  When writing it, I did not consider the people around me as subjects in the poem, but rather as inspirations.

The number four in "The Four Figures sit" did not have to do with the number of people in the room; instead it was more about the geometrical implications of the number four and the image it creates.  For this poem, I focused on the imagery to create a specific sense or emotional response, and to create an antagonism between the "Four Figures" and the universe around them that is then reconciled (at least partially) at the end.

Editor’s Note:  "The Artists" just missed the cut for the finals in the recent Songs of Eretz Poetry Award Contest, so I am especially delighted to be able to offer it here in the Review.  I like the way that, while it is a free verse poem, there is a gentle, jazzy rhythm, and how Mr. Ward’s use of assonance produces a delightful aural quality.  I also enjoy how the imagery is crisp in the first stanza but nicely ethereal in the last.

On a personal note, I have a son, an artist, who is about the poet's age and presently attending college.  Based upon reports from him, I can safely say that Mr. Ward has poetically captured an important part of the college experience.
Posted by Steven Wittenberg Gordon, MD at 6:50 PM