Review of "The Troll (A Tale Told Collectively)" by Marissa Lingen 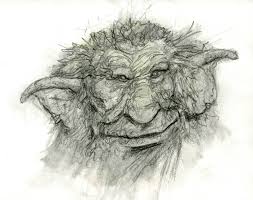 "The Troll (A Tale Told Collectively)" by Marissa Lingen appeared in Daily Science Fiction on May 14, 2013.  "An extended family from the old country collectively tells an old tale involving a troll."

While I do admire Ms. Lingen's bold attempt at using the device of short cycles of storytelling followed by relatively long interruptions, I found the interruptions too numerous and too intrusive.  Spacing them out more would have resulted in a less disjointed, more successful story.  2 out of 7 rocket-dragons.
Posted by Steven Wittenberg Gordon, MD at 7:13 AM