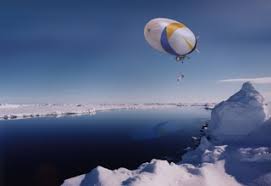 "Airship Hope" by Laurel Amberdine appeared in Daily Science Fiction on May 15, 2013.  "An airship is powered, steered, and kept afloat by prayer as it crosses an ocean to reach a new world."  Great idea for a story, but "Airship Hope" ends with too many unanswered questions, sadly underdeveloped.  However, the story is otherwise well-written and beautifully told.  3 out of 7 rocket-dragons.

PS:  There was no play on or reference to the old adage, "a wing and a prayer"--a missed opportunity, I believe.
Posted by Steven Wittenberg Gordon, MD at 6:30 PM