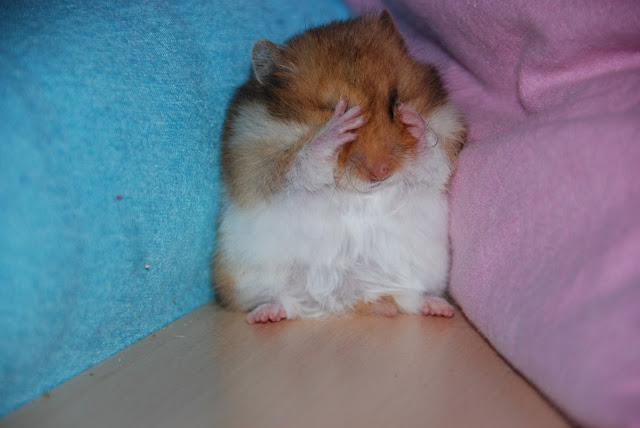 put the hamster in its cage.

If you inadvertently vacuum a pet,
turn off the vacuum cleaner
before commencing salvage operations.

If you are the only one
in the residence who ever vacuums,
you may proceed whether or not
other occupants are asleep.

Suctioning up toys: one penalty point,
unless their owner was told to tidy up,
in which case, two points per toy.

Do not vacuum the houseplants.
Do not eat anything
ingested by the vacuum cleaner.
Do not use for plumbing repairs.
Do not insert in toilet.

Before emptying contents into trash,
verify that the hamster is still in its cage.

Poet's Notes:  I write comparatively little humorous poetry but occasionally I have fun being silly. This particular poem was written in response to the January 15th prompt in the book The Daily Poet by Kelli Russell Agodon and Martha Silano, which invites readers to write rules for an activity that doesn't yet have them. Alas, although I am the person in my household who does the vacuuming, I have yet to do so in a suit of armor.
Posted by Steven Wittenberg Gordon, MD at 10:15 PM