"Never" by the Editor

Editor's Note:  As a diversion in the run-up to the presidential election, I challenged the Songs of Eretz Frequent Contributors to offer politically themed poems for publication.  In offering this challenge, I agreed to be as permissive as I could stand with those with whom I disagreed and to publish only poems that made claims that were supported by facts with proper citation.  Not wanting to sit out this one, I decided to start off the poetic polemics with a piece of my own. 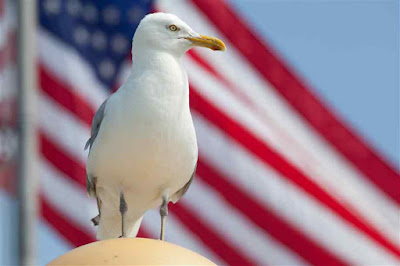 I absolutely refuse to cast my vote
For that name-calling birther[1] bigot
Whose heart is filled with such vitriol
For so many segments of the American people[2]
Whose racist,[3] anti-immigrant[4], homophobic[5] rhetoric
Is eclipsed only by baffling and brazen misogyny[6]
And whose penchant for telling lies[7]
May be a symptom of a severe personality disorder
Or mental illness disqualifying for the presidency.[8]
For these and many other reasons
Too numerous to elaborate
I will not cast my vote for Hillary Clinton.