All poems published in the Review are automatically eligible for the Editor’s Choice Award--there is no entry fee.  Frequent Contributors and previous Songs of Eretz Poetry Award Contest winners are not eligible.  The Editor chooses the poem published in the Review the previous year that “moved him the most.”  The award includes a certificate and a modest honorarium if funds are available.  Thanks to the generous support of those who participated in the Songs of Eretz Poetry Award Contest this year (our only fundraiser), we are pleased to be able to offer an honorarium of fifty dollars.

About the Poet:  Richard King Perkins II is a state-sponsored advocate for residents in long-term care facilities. He lives in Crystal Lake, Illinois with his wife and daughter. His work has appeared in more than a thousand publications including: The Louisiana Review, Plainsongs, Texas Review, Hawai’i Review, Roanoke Review, Sugar House Review, and The William and Mary Review. His poem “Grease Poet” was a recent prizewinner of the Woodrow Hall award for enduring excellence in poetry.  Mr. Perkins has been nominated for a Pushcart Award three times. 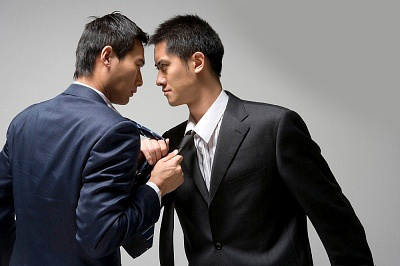 The last time I saw him —yesterday afternoon—
he was fully alive.
Sandaled, frenetic, mustachioed, scatter-brained;
completely himself.

We could agree on nothing
except that each of us must be the protagonist
in our poorly-framed story.

Less than a day later and I’m trying,
somewhat unsuccessfully,
to think of kind things to say about this man
who I’m sure thought me as much of an idiot
as I did he.

After an uncomfortable amount of time,
I decide to say:
He certainly was passionate about the things he believed in.
To me, this seems fair enough
and I mention it to several mourning
co-workers throughout the day. 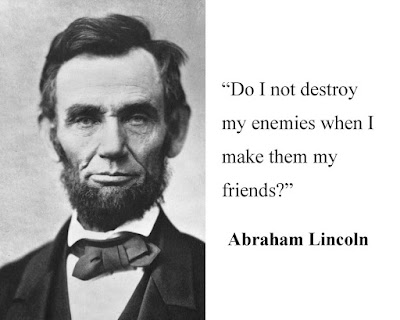 He believes in the truth of poetry
more than the honesty of people.
—Friend?

Almost too late,
my friend.

Poet’s Notes:  This poem is based on a relationship with a man with whom I often sparred professionally. We were seldom in agreement and typically opposed in our viewpoints and assessments. It wasn't until after his sudden demise that I began to see him in a much more complete way. Our rivalry seemed so insignificant compared to the totality of what his unique attributes offered to so many.

Editor’s Note:  Dialectic theory postulates that the result of engaging in meaningful debate is often the creation of a new, third option that is often win-win for both opposing parties.  Meaningfully engaging the opposition could also result in good working relationships and even lasting friendships.  The tragedy described in “Nemesis” is that the speaker learned this lesson only after the death of an “enemy” who should have been his friend; the simple yet elegant way this lesson is expressed in “Nemesis” moves me deeply and is the reason why I chose it for the award.

Of all people, lovers of poetry should understand that those with political beliefs that differ from theirs are not the enemy.  They are the opposition.  Listening to and making a concerted effort to understand the different points of view and opinions of the opposition and then engaging the opposition in meaningful debate--debate based not just on feelings but on facts, historical examples, and unbiased scientific studies--is the only way to persuade the “other side” to change their minds.  However, it is important, as Stephen Covey teaches, “to seek first to understand, then to be understood” and not "to seek first to be understood and then pretend to listen."

Mr. Perkins does well with the set up to the surprise ending, walking the fine line between sentiment and sentimentality--no easy task.  He offers us a thought provoking if sobering piece with a theme that I hope will resonate with many, especially in the aftermath of the recent divisive presidential election.
Posted by Steven Wittenberg Gordon, MD at 10:21 AM