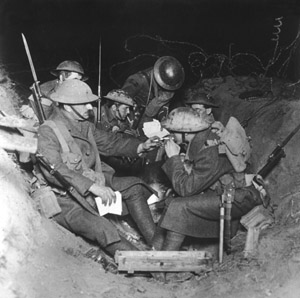 A deadly comfort
This tobacco 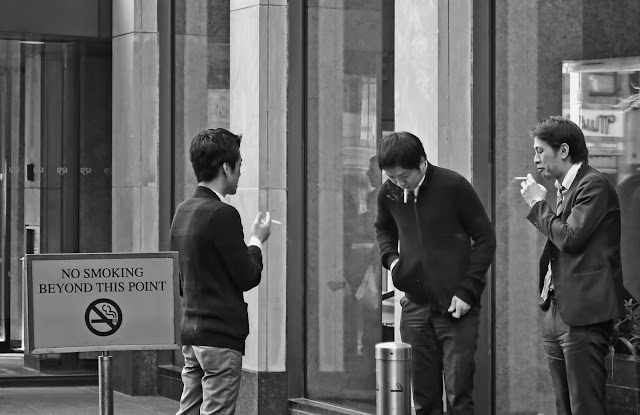 Poet’s Notes:  This poem derived its inspiration from an outing with my friend Patrick last year (thus "2015" as opposed to "2016"). We had gone out for beer and food at our favorite bar, Churchill's on 28th off Park Avenue in New York, when I was waiting in the cold for him to come out. I noticed the common sight of the huddled bodies of smokers braving the cold and smoking their cigarettes, and the disdain indicative both in pushing them outside the bar (thanks, Michael Bloomberg!) and in the way people looked at them as they passed. For such a society that has abandoned moral principles, it has always interested me how people who choose to smoke are regarded as the new villains of society.

The scene of the smokers also reminded me of a story I once heard about cigarette smoking soldiers in the Great War and how their matches were often used by snipers to discern their position. This vulnerability actually led to the development of the cigarette lighter, interestingly enough, and so I thought to expand the immediate sense impression that sparked the poem to include this idea. I thought this fitting, given that they were standing outside a bar called Churchill's--although Churchill is remembered most for his influence in securing victory for Britain in the Second World War, he was a military commander during the First. Likewise, the pointed glares of the moral judges on the street reminded me of someone ready to pull a trigger.

Aesthetically, this poem is a bit of a departure for me. The first and second stanzas are of unequal lengths, and I have taken to experimenting with part divisions in the poem. Several of my English Department type friends have written poems with this style, and because I simply couldn't think of how I could expand the first stanza enough, or trim the second stanza sufficiently, I decided to let the part divisions function to effectively allow the two parts to stand as aesthetically different from one another. This is even revealed in a change of tense in the second stanza, such that the poem appears almost as two halves connected tenuously by the subject matter, which harkens back to the title's emphasis on a date span, and how contrasts are often shown in history books or articles which compare older matters to contemporary concerns.

Also, so not to appear too much in the pocket of Philip-Morris, I do play with the idea of tobacco as an inherently unhealthy vice in Part I where I affirm the "deadly comfort" which is tobacco. Admittedly, in this case I mean that it was good for snipers, but I don't think I need to pull up cancer statistics.

Editor’s Note:  I live near the National WWI Museum.  Having visited it on several occasions, I can with a modicum of expertise state that Mr. Rowe has captured the feeling of WWI in part I of the poem, including most especially the irony of a war no one really wanted.  His use of WWI as metaphor or conceit in part II is cleverly done, too.

As a physician, I am of course firmly against smoking.  However, as a libertarian, I do believe that smokers have the right to be stupid--as long as they accept the responsibility to keep their smoke out of innocent faces and pay extra for health, life, car, and home owner’s insurance.
Posted by Steven Wittenberg Gordon, MD at 5:41 PM