Poem of the Day: “The Islands” by Christopher Hivner

Songs of Eretz Poetry Review is pleased to present “The Islands” by Christopher Hivner.  Mr. Hivner writes from a small town in Pennsylvania surrounded by books and the echoes of music. He has recently been published in Saudade, Nazar Look, and Syzygy Poetry Journal. A chapbook of poems, The Silence Brushes My Cheek Like Glass, was published by Scars Publications, and another, Adrift on a Cosmic Sea, was published by Kind of a Hurricane Press. 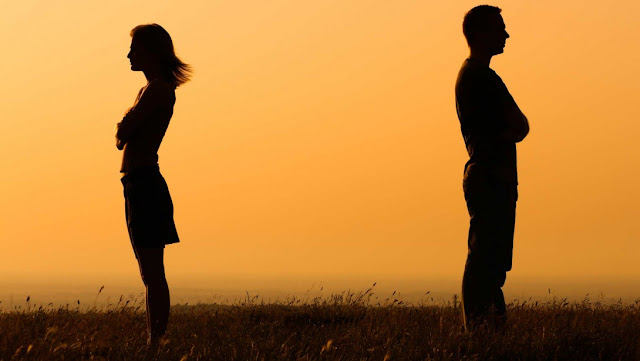 lying on the plate
like bolus in his throat,
the china in his hands,
the one pattern
he had hated,
the pattern she bought,
his opinion in the wind again,
eaten by flies
like excrement.
He stood over the sink
staring into the backyard,
watching the avatars
swim in the pool,
plant trees together,
make love on the deck
under the stars,
waving to him
from the original days,
in isolation
and unreachable,
sealed off like
an exhibit in a museum,
mocking him
from their world in the past.
The tide came in,
the tide went out,
his shoes and socks
soaked and wrapped in seaweed.
The sand shifted under him,
but he held his place.

She kept the dining room light off
so not to see the empty chair,
kept her head down
to stay blind,
tracing her fork around the flowers
on the plate
that she loved,
the pattern her mother had found
and drank with her eyes
like single malt scotch,
the pattern that made her
feel warm
and had made him
sigh with disgust
a week before the wedding,
seven days before
the rest of their lives
and she was less important
than a dinner plate.
Her finger traced
the edge of the china,
ignoring her dinner
like a finicky child,
imagining it was his shoulder
and he was on top of her,
inside of her,
a garden blooming
between them
and neither one cared.
She looked across the water
to the kitchen
for a glimpse of him,
the waves battering the dining table,
the water cold
against her bare feet,
foam slipping between her toes
and pieces of shell
lying against her skin.

From the mountain
on his island
he searched for her,
listening for the waves
to carry her voice,
but the water brought only
brine and mist.
He leaned against the sink
waiting to be led,
slapped, pushed,
a decision to be made for him
so he would go on,
pull his feet from the sand
and take a step.
The ghosts were in the house now,
walking around him
like he wasn’t there,
making dinner,
putting away groceries,
sneaking a kiss on the neck.
High tide lifted the water
over his head,
drowning out his scream
for them to stop.

She collected the shells
as if they were
his kisses,
scattering them on the table,
rubbing off the sand,
pressing them to her lips
to taste the salt.
The water rose to her waist
and she floated,
allowing the current
to take her,
leaving behind her mother’s plates
and the pieces of him,
letting the ocean
make her decision.
In the distance,
she thought she saw him
and tried to cry out,
but it was too far
and the waves too high.

Poet’s Notes: I wrote “The Islands” several years ago when I was experimenting with different ways of inspiring myself to write a poem. My method at this time was to keep a notebook of titles, then when I wanted to write, pick out a title and see where it took me. I remember this poem as one where the first draft flowed out easily, not becoming a headache until the re-writes. This was mainly because I wanted it to emote a palpable reaction, so it took a while to get the word choices right.

When I thought about the title, “The Islands,” the picture of a married couple being physically close but emotionally separated came to mind quickly. I have a fascination with the ocean, so I knew I wanted to bind them together with water and sand imagery. I used my own divorce as a basis for the emotions behind the poem but created characters in my head as the actual couple, including a back-story for why their relationship was falling apart.

Editor’s Notes:  The employment of the ocean conceit here creates a flowing fantasy mood.  The metaphors for love and love lost are exquisite.  The conceit of the china is also artfully employed.  This poem made the finals for the 2016 Songs of Eretz Poetry Award Contest.
Posted by Steven Wittenberg Gordon, MD at 6:15 PM