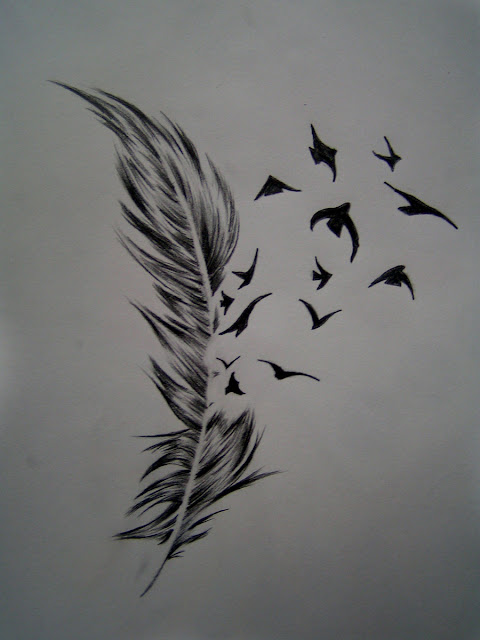 Grief is a vulture
wings spread over dead flesh
by the roadside
No, Grief is the carrion
choking the vulture

Hope is a dove
perched on the windowsill
of your heart
No, Hope is your heart
taking flight toward the sun

Faith is a sparrow
that cannot see in the glare
No, Faith is the air
that lifts the sparrow up
and doesn’t let it fall

Love is an eagle
soaring into silence of wind
No, Love is a song-bird’s song
faithfully singing hope
in the face of grief

Poet’s Notes: This poem arose from a teaching opportunity this past summer when I gave a craft lecture to some motivated elementary school kids in Chattanooga, Tennessee. The workshop focused on several ways on how to deal with abstractions.

I recalled Percival Shelley who would personify abstractions; he would capitalize their names (like Death). I wanted to subvert that idea and use animalification instead of personification, and in particular, birds (for part of the concretization of the abstractions). Emily Dickinson’s poem, “Hope is a Thing with Feathers,” gelled the approach for me. Hers opens like this:

But when I think of hope, it is almost always bundled with two other beautiful abstractions: faith and charity. Therefore, I felt compelled to work them all into the poem. However, I wanted to do much more than give an example; I wanted to say something that needed to be said. To paraphrase F. Scott Fitzgerald, you don't write because you want to say something; you write because you have something to say.

The power of the trinity of faith, hope, and charity is not so much that the words eliminate grief, but is rather their ability to supplant it. So enters Grief, another abstraction, into the poem as an antithesis. Now, the poem in effect is much like a psalm or proverb—the contrasting responses forming a kind of song.

The cascading structure comes from having read Mary Oliver, who favors that structure for her nature poetry.
Posted by Steven Wittenberg Gordon, MD at 5:53 PM