Poem of the Day: “We Are Still Alone” by James Frederick William Rowe, Frequent Contributor 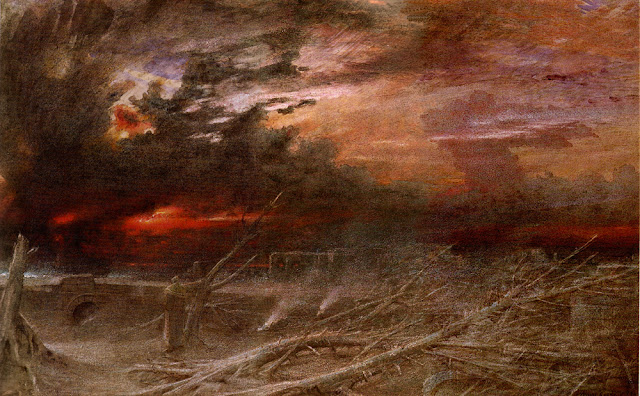 To search for so long
In hopes of finding life
Another civilization, another community
To find its proof only
Millennia after it has perished
This is a joke
And the cold, mirthless laughter
Echoes in the wastes
And rings in my soul

I shall take the desolation as my God
And heap with unhewn stones
An altar of solitude
To be crowned with an offering
Of a golden disk carried since antiquity
By all voyagers
A token of friendship, of brotherhood
Now become a supplication to extinction
Lord over all I see

Poet’s Notes:  A few weeks ago, I was feeling fairly somber and I was reading the 1989 Thor annual. In the backup feature of the comic, Thor visits a ruined earth some thousand years in the future as the only living creature present except the silent, God-like Uatu the Watcher. I was struck with the horrible misery of this moving story and was inspired to write a poem on a similar theme.

Instead of Earth, this poem takes place on some unnamed planet. The narrator, a space explorer, comes to explore a planet that had once hosted a civilization. Mankind has apparently had no contact with sapient alien life at this time, and in a cruel turn of fate the explorer finds proof of an alien civilization only after it had long ago passed away by some (self-caused?) cataclysm. Made miserable by the sight of the devastation, the man mourns the death of the planet through erecting an "altar of solitude" and placing his golden disk "carried from antiquity / by all voyagers" (a play on the Voyager spacecraft) as an offering to the "deity" of extinction.

The poem is also partially inspired by the Fermi Paradox, which hypothesizes that any sapient life of sufficient sophistication might well end up destroying itself, leading to a high likelihood that we will never meet another civilization.

I didn't need to work too hard on this poem. I wrote most of it in one sitting, returning only to give its ending at a later date. Structurally, the stanzas of nine verses each were hardly in need of a touch up. Here and there I added and subtracted, reworking wording and such, but it was an easy poem to compose, and one with I am happy. Though I wrote it in a somber mood, and it has its genesis in that mindset, my normal thoughts on such things are gloomy enough as is that I do not think the inspiration was solely due to a melancholic spell on my part, but rather simply enhanced by it.
Posted by Steven Wittenberg Gordon, MD at 4:37 PM