Poem of the Day: “Without All Due Modesty” by Gerard Sarnat, Poet of the Week

Songs of Eretz Poetry Review is pleased to present “Without All Due Modesty” by Gerard Sarnat our Poet of the Week for the week of January 4, 2015.  One of Dr. Sarnat’s poems will be featured in the Review every day this week.  His bio may be found here:  http://eretzsongs.blogspot.com/2015/01/poet-of-week-gerard-sarnat.html.

Without All Due Modesty
Gerard Sarnat 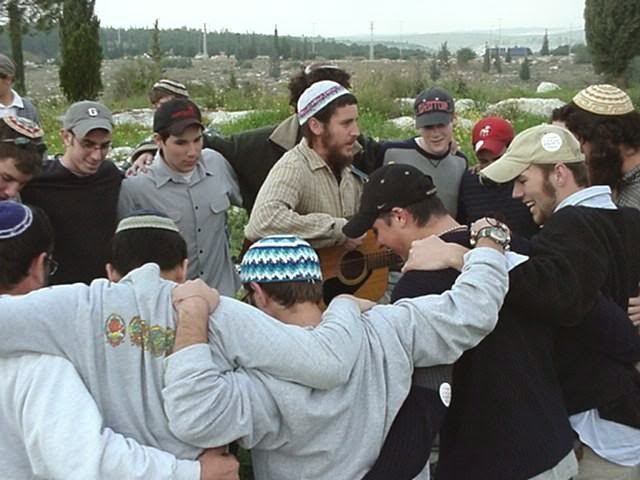 Hippy bris* weirdness late in the term of our peanut farmer Prez,
not enough beanies to cover all our feathers, Afros, ponytails
and unruly sidecurls my late zeyde* would’ve called peyas,

the few yarmulkes* deferred to the observant and button-down yups,
Rabbi Isaiah Flowerchild hoodwinks an alibi, “Let’s play it by ear,
wrap all our skulls with bandannas!” So gratefully we grab pink tiaras

from the kids’ toy chest, a fireperson helmet, dig out sombreros
and Panamas, a sou'wester left over from Massachusetts
along with the Cape Cod boater -- and stashed in a hound’s-tooth fedora

the redolent nub of a long-lost doobie that I slip in the mohel’s* knife hand.
My toddler sniffs, “Doke?” which somehow’s lost under the rebbe’s* rant,
“More coverings’re needed before the foreskin’s sliced – all hands on deck!”

on the other side, I bend zippered knees as that same son shoveling dirt
on his grandpa’s grave. Tie and white shirt, he’s clean-cut and respectful
but pierced -- not a whiff of the cocksure antics when I was his age.

Poet’s Notes:  "Without All Due Modesty” speaks to the immodest “cocksure” often silly attitudes of my cohort that seemingly had to rebel from their parents coming-of-age during the Carter Administration--and our less sophomoric offspring who perhaps had to rebel less.

Editor’s Note:  The turn is nicely done here, and I love the plays on words and other humorous elements, including the title.
Posted by Steven Wittenberg Gordon, MD at 4:53 PM