Review of The Magician Makes a Phoenix by Alicia Cole 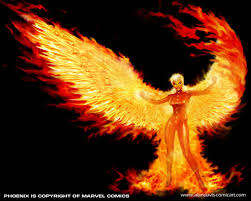 The Magician Makes a Phoenix by Alicia Cole appeared in the winter 2012 issue of Electric Velocipede.  The poem may be an elaborate metaphor for cremation; taken literally, it is a fantasy poem about turning someone into a phoenix.  Described by the poet is a process of purification, beautification by burning away the ugly dross, distilling something down to its essence.
Posted by Steven Wittenberg Gordon, MD at 4:31 PM