Songs of Eretz Poetry Review is pleased to present "General Botanist" by Immanuel Suttner.  Suttner was born and bred in South Africa, lived in Israel as a young adult, and now lives in Sydney where he currently earns some of his challah and butter as a counsellor.

Suttner is the author or editor of several books, among them, Cutting Through the Mountain (Viking 1997), a collection of interviews with Jewish South Africans who had been prominent in the struggle against apartheid, and The African Animal Football Cup (Quartz Press, 2010), an illustrated children’s book with drawings by South African/Canadian cartoonist David Anderson.  He has published poems and short stories in journals and magazines in: Australia, South Africa, Israel, India, the UK, and the USA, and in a 2007 collection, Hidden & Revealed (Quartz Press/ Snailpress, 2007). His work has been anthologized in several collections.

Suttner enjoys permaculture gardening and has a good crop of pumpkins and tomatoes this year, perhaps, in part, due to the input (output?) of his chickens. He can be contacted at manosuttner@gmail.com. 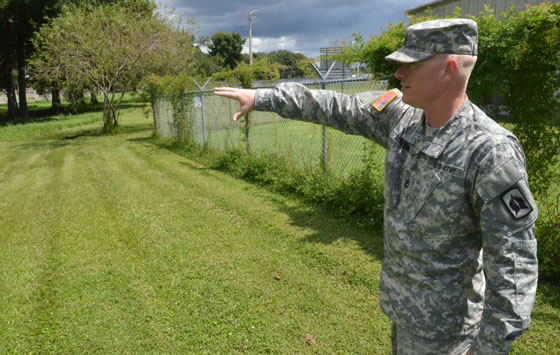 I inspect my plants
like a commander inspects his soldiers:
"Good"
"Get those aphids off you"
"Very good"
"Stand up straight or I'll have you tied to a post"
"Where are your leaves?
"Excellent"
"Remove that caterpillar or I'll have it removed"
"Very nice"
and before I dismiss myself
I take a few moments
to gaze at my troops
with quiet satisfaction

Poet's Notes:  I was a soldier in the Israeli infantry. This poem draws upon some of my memories from then, particularly from basic training.  Let me add in the interests of honesty that I was a rather poor soldier at the beginning, referred to by some of my fellow soldiers as "the astronaut" because of my tendency to float off into abstraction when pragmatism was required.

The poem also draws on my love of working in the garden. When I get exhausted by thought, there is nothing as grounding as working in my small garden, getting my feet and hands dirty. For me wealth is having healthy soil and being surrounded by verdant blooming things, some of them carrying fruit or vegetables. I enjoy seing a small plant get bigger and I get upset when caterpillars or aphids attack a plant, despite recognising they too have their place in the order of things.

I have always had the ability despite my many ineptnesses to be able to view myself from the side. I see this as a great strength. That slight shift in perspective has produced many humorous - and hopefully insightful and memorable - poems. So I saw myself standing in my garden at the end of a session of digging, planting, fertilizing or whatever, staring at my plants in a kind of trance, just taking them in like someone counting their treasures. Suddenly the parallel with a commander reviewing his troops popped into my head. The fact that each plant - and each soldier - gets brief notes, and the opportunities to play with images that concretize these parallels, delighted me. For example, a slumping soldier told to stand upright, and a slumping tomato being threatened with being tied up. There are all kinds of resonances here - the evoking of harsh military discipline, the satisfaction of a commander whose soldiers are competent etc..

So, this poem is kind of laughing at myself in a gentle way, because the only thing I will ever be general of is my plants. It also celebrates my delight in the abundance they represent, and knowing that many others have the same sense when gardening.
Posted by Steven Wittenberg Gordon, MD at 9:26 PM