"Death & the Janitor" by Carl Boon

Songs of Eretz Poetry Review is pleased to present “Death & the Janitor” by Carl Boon.  A native Ohioan, Boon lives and works in Izmir, Turkey. His poems have appeared in dozens of magazines, most recently: Two Thirds North, Jet Fuel Review, Blast Furnace, and the Kentucky Review. 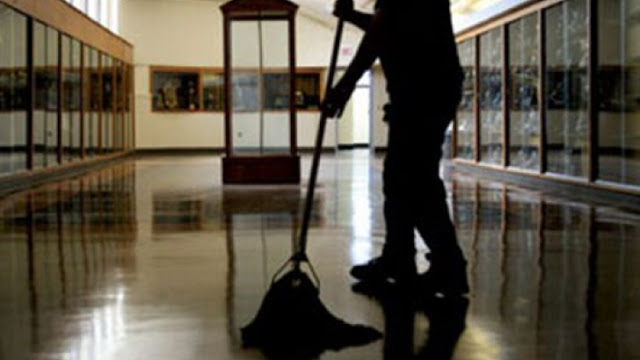 overalled and bald. He must be dead
by now, his ’77 Pinto in pieces
across western Pennsylvania.
He had an unusual laugh,
the kind heard at funerals
where some aunt has died
unsuspiciously,
and they reckon her Oriental
sparrow-prints and recipe
for vegetarian lasagna.

How we lurked at corners,
giggled at his exasperations,
the misplaced mop, the pond
of vomit on the cafeteria’s edge,
the girls who twisted
their secret cigarettes
into the bathroom sink.
How clever we were
with our geometry books
and reports on planaria.

How marvelously
unlike him, who stumbled
December 8, 1989
and could barely stand up,
his lower lumbars receding
dangerously. It wasn’t the usual
cruelty of youth—it’s just that
we were never going to die,
and death itself
an abstraction, a man

in a beige Pinto
who’d arrived before us
and left far after: childless,
humorless, his fingernails
long and gray. This morning
I chased my daughter
through the playground’s pinwheels,
stopping twice: my left knee,
my side stitched with ache.

Poet’s Notes:  The janitor who worked in my middle school in the 1980s—I believe his name was Fred—cut a unique figure: part jokester, part uncle, part target of ridicule simply because he looked different than the students, teachers, and administrators. I suspect this is the case with many schools. This poem was born with a flash of his face and blue overalls, a memory, and then grew into a meditation on mortality and how children have no sense of their aging and dying. In the back of my mind—in that space where potential poems float and fade—I suppose I was also thinking about Williams’s “Death the Barber,” but only in the sense of title and a sort-of way in to thinking about the janitor.
Posted by Steven Wittenberg Gordon, MD at 4:25 PM