Poem of the Day: “State Route 422” by Jeremy Jusek

The Songs of Eretz Poetry Review Poem of the Day for December 12, 2014 is “State Route 422” by Jeremy Jusek.  Mr. Jusek received a BS in Chemistry and BA in Theatre from Marietta College and is studying for his MFA in Poetry at Arcadia University.  He received the Emerson Prize and Red Ribbon Prize in 2010.  His poetry has been featured in The Rusty Nail and other publications.  Mr. Jusek is originally from Ohio.  Visit him here:  https://sites.google.com/site/jeremyjusek/.

Dedication:  For Dr. Semple, the teacher who let us cut his neckties after scoring 100% on tests (I still own all of mine), gave us "the talk" when the school refused to do a fair job of it, and continued to motivate and care for his students long after they'd departed for high school, I wish you understood the everlasting effect you had on so many of your students. This poem is for you.  -- JJ 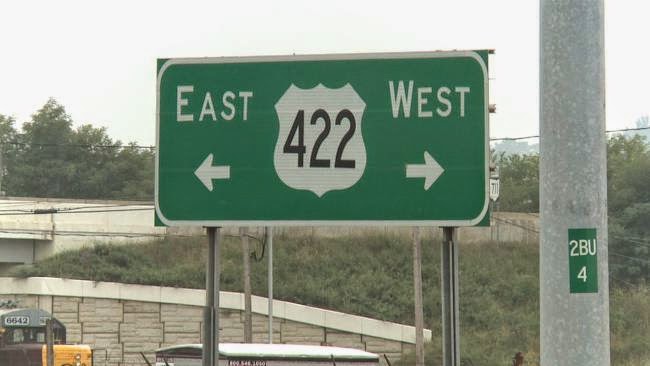 They're stuck after seventeen years,
under fresh concrete.

Hay bales rot along the pavement.
The best bundles were stolen

after Elmer died
and his goats starved.

A deer gazes blankly,
clover stuck in its fur.

Cars whiz by the spider
who spins, unconcerned.

Poet's Notes:  State Route 422 was built in the early 90's to help with travel between Cleveland and Warren in Northeast Ohio. I grew up in a rural area between the two cities and even though I was young I distinctly remember neighbors talking about "feeling exposed" when trucks and commuters started barreling down the highway. Intimate, small-town details (like who died) may not have been apparent to drivers glancing out their windows, but people with property bordering on 422 felt differently.

This poem was an exploration of what changed, for people and for nature, once the road was built. Magicicada, a sap-eating, burrowing insect, comes up every seventeen years (cycles vary by genus) to mate. I had a superb elementary school teacher named Dr. Semple who taught me this fact. I was struck while writing this poem by just how devastating major construction projects can be in ways we never consider and I wanted to illustrate that point.

Editor’s Note:  What cost, progress?  It is a question that a good poem can address better than any environmental study.
Posted by Steven Wittenberg Gordon, MD at 6:28 PM