Poem of the Day: "Caught" by Carolyn Martin, Poet of the Week

Songs of Eretz Poetry Review is pleased to present “Caught” by Carolyn Martin, Poet of the Week.  A brief biography of the poet may be found here:  http://eretzsongs.blogspot.com/2014/12/the-songs-of-eretz-poet-of-week-for.html. 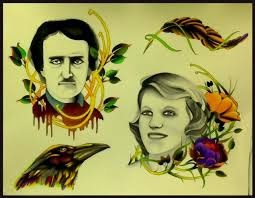 Foil crackling? No. That scratching sound
announces grating news:
Another bird is caught.

Our stovepipe prisons small black wings
lured down the chimney, down
the flue by some dark impulse, down

until their pleas outwit my reasoning.
They should mean brighter things
like presents, cookies, cake unwrapped,
not this unset trap I’m dared to spring.
I know the drill: unfasten door, dislodge the pipe,
persuade the flagging wings to flight.

the kitchen walls more frantic than before.
What’s to choose? Its slow dark death
or, perhaps, another kind of death.

Poet’s Notes:  As a Sister of Mercy teaching at Georgian Court University in Lakewood, New Jersey, I spent several years as “a house mother” in a students’ residence. Hamilton House was an old three-story historic building with a kitchen across the hall from my bedroom. One Sunday night I thought I heard a student unwrapping goodies brought back from a weekend at home. The sound of tin foil, however, was not foil at all. Rather, it was the scratching sound of a bird caught in the curved black pipe of our old stove. We finally figured out how to release the bird and set it free. I became quite adept at the process since more local birds found their way down the chimney. However, each time raised the same apprehension that the poem captures.

Editor’s Note:  If Sylvia Plath and Edgar Allan Poe (both above pictured) had collaborated, “Caught” certainly could have been the result.  Also, perhaps it is just the time of the year influencing me, but I find something a little “Nightmare before Christmas” about it.  “Caught” was first published in Autumn Sky in 2011.
Posted by Steven Wittenberg Gordon, MD at 2:05 PM