"Bleak" by David Pring-Mill, Poet of the Week

Editor’s Note:  It is with a heavy heart that I must announce that David Pring-Mill, a charter member of the Songs of Eretz Frequent Contributor group, has decided to resign his status as a Frequent Contributor.  Worse still, he told me that he does not expect to write any more poetry in this lifetime--maybe some prose or rhetoric that feels poetic, but not pure poetry.  David intends to channel his creative time and energy toward completing a political documentary and to devote his creative expression to writing persuasive essays and making films.

Songs of Eretz is be honored to be an archival repository of David’s poetic work.  In recognition of his brief but important contribution to Songs of Eretz and the world of poetry and by way of saying farewell, David will be featured as the Songs of Eretz Poet of the Week this week.  It will indeed be “bleak” to lose his strong, lyrical, Whitmanian voice. 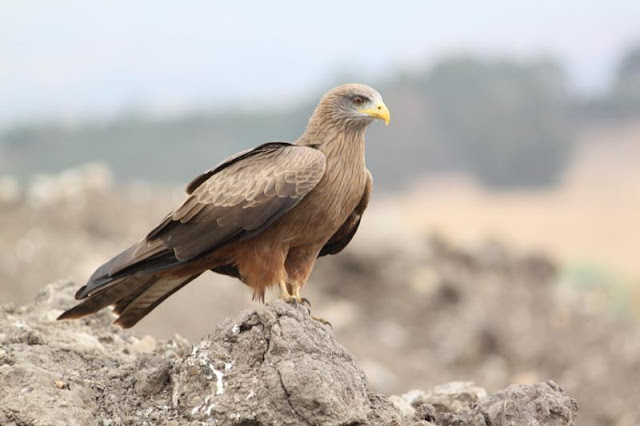 a silver arc of faith
suspends all my frailty,
with the intricate strength
of spider silk.

A bird flies above
the distillation tower
and sealed reactor —
Then onwards,
over some organized mess
of crisscrossing pipes
with endless stacks
and filtered pressures.
Finally, it lands,
To rest on its perch.

From tips of white flowers,
green décor, and gravely bark,
this yellow-billed kite
launches itself, again
near the margins,
over the slaughterhouse,
Its feathers painted
the beautiful brown
of a rusty blade.
But it is powered by hunger,
desperate for carrion.

The bird searches
Undulating dunes, textured
by the pressures of spirited thumbs.
This desert is a sandy composition,
sung through lines of dry thirst,
with the careful dithering
of classical notes;
Ignited
by auspicious lights,
peeled off the cosmos
like a clementine's loose skin.
All of life is wrapped up
in this desert membrane.

Poet's Notes:  I originally wrote "Bleak" under the title "Jagged Against Reason." In an earlier draft, the poem was about a quarreling and privileged couple humbled by their bleak surroundings while on a foreign trip. In this final draft, the poem has been distilled into a mostly sensory experience, set in the desert, on the edge of industry. I tried to depict hidden beauty as well as the harshness of life.

Posted by Steven Wittenberg Gordon, MD at 11:45 AM