"Eighteen Ways of Looking at Hurricane Harvey" by Lauren McBride

V
all day, all night
tornado warnings
where to shelter
in a flooded home

VII
where there's a will -
pizzas delivered
by kayak

XII
in a clearing sky
helicopters
hurrying by

XIV
water receding
a chance to drive out for groceries
everywhere - drywall, carpet,
belongings at the curb
furniture outside to dry
cars - hoods up, doors open

XVI
Beaumont's pump stations flooding
"water, water everywhere
and not a drop to drink"
XVII
take cover Louisiana
Harvey has his eye
set on you

XVIII
after Harvey
the sound of rain
alarming 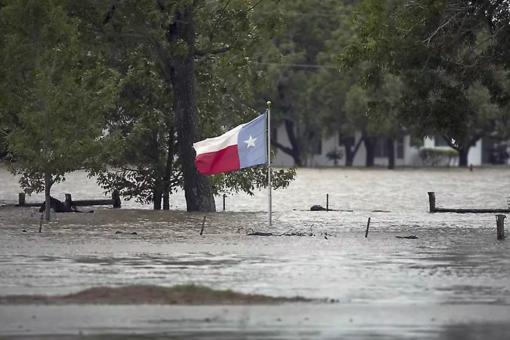 Poet’s Notes: To cover the full wrath of Hurricane Harvey would take a much longer poem. I have concentrated on coastal Texas. Harvey spread damage to central Texas and many other states before finally raining itself out in New England on Labor Day weekend, nine days after landfall. Catastrophically, Irma followed Harvey within weeks.

The devastation from an unprecedented two Category 4 Atlantic hurricanes hitting the United States in one year will long be remembered. What I hope will also be remembered is the sense of community we shared as a nation as people countrywide mobilized to help.

Editor’s Note:  I had several poems about storms and hurricanes in the Songs of Eretz publishing queue that I accepted for publication long before the arrival of Harvey and Irma.  Although all of them were worthy of publication and some of them contained messages of hope, they all glorified the natural power, ferocity, and poetry of storms.  There was no way I could publish these poems in the aftermath of the recent devastating hurricanes.  “Too soon” would have been diplomatic--“poor taste” would have been closer to the mark.

In contrast, Lauren tastefully and respectfully captures the horror of Harvey's arrival with simple but compelling metaphors and stark, raw, yet poetic statements.  She also captures the hope-filled sadness of Harvey's departure, and her notes enhance the feeling that the disaster will eventually be overcome with help from the community at large.
Posted by Steven Wittenberg Gordon, MD at 11:59 AM